Importance of Helpers around Us

This essay is mostly addressed by kids. With the help of this essay, you will probably get an idea of all the ways how people around us help us. Determining their importance in life is also an important aspect. We should understand the direct as well as indirect helpers that are around us and why we need them.

Human beings are social. Being an active part of society, we exhibit social nature too. A kid always depends on his family for all his needs. In a general way, we care about our family, relatives and even for us too. As soon as a kid grows up to an adult and a responsible person, he starts to serve others in all the possible ways and seeks help from others.

He either starts doing a job or establishes his enterprise. He earns and helps people around him. It is the way of helping either directly or indirectly.

Types of Helpers around us

Several helpers around us help us in many ways. However, to make it concise, let us divide them into 2 categories:

The helpers who come in contact very frequently and we talk to them often for our needs, are called Direct Helpers.

For example, Doctors, neighbors are the direct helps.

However, to talk about the grown person as a helper, a security guard, lawyer, doctor, carpenter, and barber are available to provide support when needed.

Helpers who do not come in our contact directly and we do not meet them often are Indirect Helpers.

For example, A soldier standing at the border.

In the example, we do not come in direct contact with the Soldier, but he helps us indirectly. This kind of indirect help is obtained against international threats.

The police administration provides us security against evil threats, elements, and criminals in our society.

Why do we need different types of Helpers?

We cannot bring different products from their place of origin to the consumer’s hand. Therefore, to reduce the problem, these helpers are available for us throughout the year.

Whether they are a newspaper seller or a carpenter, or even an experienced writer from a paper writer service all have their unique role to play

With different job roles distributed for every individual, they have their role to play in our lives.

Let us understand different types of helpers who are available for us In every second of our life.

A doctor is not just an individual. He is a life-giving personality. He not only prescribes his patients but also provides mutual support.

The nurse serves the patients by provides support, which is similar to mother or sister.

With a morning role to play, the newspaper halker is an individual who helps us pricing daily updates. His morning role is unique in every aspect.

Teachers are those legends who teach us the path of life. With moral responsibilities to surpassing the tough ones. They fill our life, making it more meaningful.

A good teacher serves his country and society by giving the best education to his students. A teacher is the one who creates doctors, engineers, etc. he must be respected for his dedication towards his work.

The engineers, Architects, and labor hold a causal relationship with each other.

Now, let us talk about those personalities who help us in our day-to-day work.

The security of a person is equally important as his fooding habits. Without proper protection, a person may not achieve his goals and ambition. As he might be insecure at some of the time or the other

To make it comfortable, Security guards play an essential role. They help us carry out our day-to-day tasks without feeling insecure about our property, like houses, offices, etc.

We usually see them saluting on the gate, but this salute to defines a lot.

We all are much familiar with this word. There is no exact definition to describe such an ambitious person. With his dedication, citizens of a country feel secured.

Police provide us many types of freedom in our society like:

Soldiers make us our country strong. We can also say that Soldiers are the pillars of our country, which stands erect in every worst situation.

Soldiers from Army, Air – force, and Naval forces help us from external enemies of our country. These soldiers keep us safe from terrorists also.

These forces help us to remain a citizen of our country. Their services have always remained admiral from – ever. A soldier is among that individual who is still ready to die for his nation.

We, as a citizen of our country, should always be proud of these people. They are not just the rational human beings bu proves as a statue of courage.

With the never-ending list, we had different helpers like plumbers, carpenter, porter, cobbler, barber, tailor, etc. we will fall short with words.

With several tasks taking place around us every day, we have different sets of people performing it. We are surrounded by workers, and these workers, in a way or the other, simplify our tasks.

We should always be helpful to such people as we may fall incomplete without the help of these people around us.

With the help of several categories of workers with different responsibilities around us, we are living a healthy and happy life.

Though teachers teach us, doctor protects us from diseases, police officers, and soldiers prevent us. There are hundreds of different people who have a general motive for simplifying our work.

They work day and night to help us in every way possible. With different types of people, we are much closer to each other. These dependencies and requirements spread our relationship with friends, family, and society.

Let us be thankful to all those individuals out there and provide them with respect in every way possible. Be truthful and kind to each other.

Man is a social being. He lives in the association of others bearing same likeness. He cannot survive alone. Every human contributes something to this society.

How small it may be. And he also takes help from the society in turn. It’s a mutual process. A type of ‘give and take’ process.

Thinking of our routine from the morning we come across many people who can be termed as our ‘helpers’. They help us to achieve our goals.

They have at least some contribution in our life, how minimum it may be.

Right in the morning come the milkman. He gives the milk right in our doorsteps. It is an important form of nourishment for the little ones in the family.

Now think of the Municipal Corporation sweeper who comes to collect the garbage at each and every house without fail?

The days he doesn’t come the bins get filled with garbage. Think if the same happens for a number of days? The garbage will start stinking and people will start throwing garbage outside, here and there to discard them.

Although shunned sweepers are an important part of our society.

Then walks in the house maid. She keeps the house clean for us. She gives her own physical labour so that we can stay in healthy environment. Going to school we find the clerk and the peon.

The peon rings the bell after every period allowing us a break from monotonous lecture. Even the teachers form another group of helpers altogether. 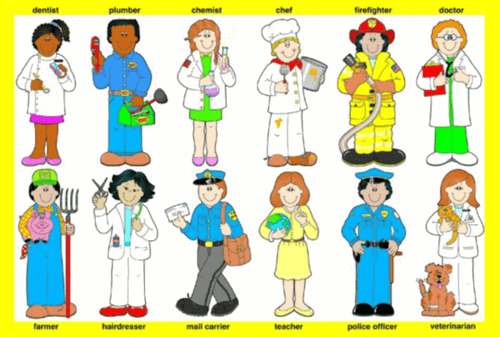 When we go to the office the rickshaw puller, the bus driver and bus conductor act as our ‘helpers’. The policemen who look after the safety security of us and also control law and order are our ‘helpers’.

We as human beings are made up of such mental makeup that we tend to take things for granted quite easily. We like luxury but we do not care about its provider.

A simple example of this is that the world we live in today and everything in existence around us from ourselves to our loved ones is provided by the creator, almighty God.

But get easily overpowered by worldly attractions and tend to discard our creator altogether, conducting misdeeds in gross violation of the moral principles that we were supposed to follow for the strengthening of human values and fulfillment of our conscience.

What comes easy to us often has less or no value.

Our own presumption of might overpowers our puny mentality and the sky appears within arm’s reach; the authority of God is denied by us then; and all acts are judged with our own litmus paper of selfishness.

So, in this way we can see whether it’s a normal rickshaw puller to respected policemen, all are our helpers. So it is our duty to act as responsible citizens and also help them in turn when they need us.

Not only this we should also treat them with respect and care even though it is a normal rickshaw puller or a sweeper.

Often people misbehave with people such a rag picker and the sweepers. But that is very ungrateful attitude.

These people help us to maintain health and hygiene every day. But misbehaving with them we our downgrading our morals.

Today’s newspapers are replete with instances where the lower income group people and the working class labourers are mistreated to extents so derogatory, and their self-esteem crushed to so humble remains,  that they resort to immoral activities for the redressal of their grievances.

The greedy and globally corrupt world we live in, the wealth is primarily concentrated among a very small fringe group of people who control the markets as well as the economy.

Often times, these rich people do not pay importance about the poor. The economy is so manipulated as to make the rich richer and the poor poorer.

As a result, our helpers, mostly belonging to the lower income group feel cheated and left out.

This is the perfect recipe of a mutiny. They may take up illegal paths and this will create a situation of intensely chaotic nature.

If these people, our helpers, give up on us, the entire city, country and world altogether will crumble down owing to the massive disorganization that would ensue.

The municipal workers, if stop sweeping, will get the city stinking, the swearers clogged and drainage disrupted. This will massively aggravate diseases and might be a potential flood ushered.

This was just one of the many examples as to what apocalyptic outcome can result in the absence of our helpers.

Even the Government has taken up many policies and steps for the improvement of the living standards as well as the workplace environment for these helpers who are mostly from the working class low income group labour section.

The Prime Minister, Shri Narendra Modi has urged the citizens of India, who are well capable and self-sufficient, to give up their cooking-gas subsidy  so that, the money saved by the Government can be utilized for providing free cooking-gas connections to the lower income group people who could have otherwise be able to afford it.

This form of fuel is not only environment friendly, but is also free of various hazards that come along like the possibilities of accidental fire, chronic illnesses related to breathing caused as a result of the harmful gasses liberated during the burning of firewood which was their preferred choice of fuel earlier.

All men are created equal and no one should consider their work of any lower or of any higher importance than the person next to him.

We all have to join hands and help make this world a better place. Our helpers and assistants just make it a tad bit easier for us to accomplish the goal of achievement of a better tomorrow.