Who was Guru Nanak?

At the age of 28, he came up this proposition to end the differences among the communities and bring peace and service to the mankind.

Guru Nanak was born to Matta Tripat and his father was Kalayan Das Mehta. He was married at the age of 18 and was also blessed with two sons. 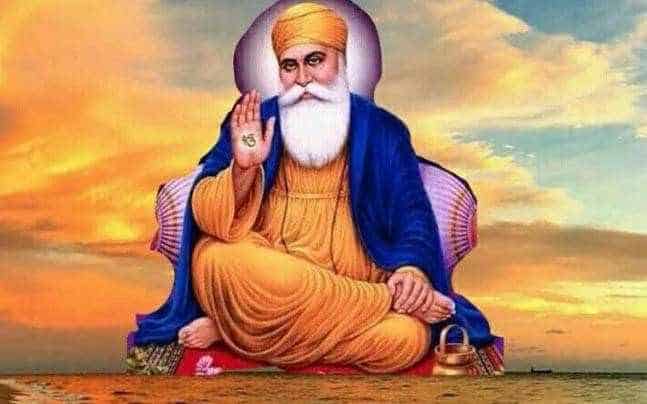 In the later part of his life he preached his revelation about the God. All his teachings are written in the Guru Granth Sahib the holy book of the Sikhs and that is mainly recited during the festival of the Guru Nanak Gurpurab.

How Guru Nanak Gurpurab is observed?

The festival of Guru Nanak Gurpurab is celebrated or observed mostly by the North side of the country, India. Mainly comprising of the Sikh.

The states of Punjab, Chandigarh and Haryana are prime states that celebrate the festival of Guru Nanak Gurpurab.

These regions are prime regions in India that comprises major part of the Sikh population of India. So, let us know more about the observance of the festival of Guru Nanak Gurpurab.

The festival is usually celebrated in the month of November, as it would resonate with Indian lunar calendar and Indian month of Kartika.

There may be a tad difference in the observance but the usual procedures are the same. There can be an alteration of songs or the hymns that are sung, as in different communities might have different versions of singing.

The celebration or the observance is mostly seen to be beginning at the dusk period of the morning. It is early in the morning that the procession of the gathering of people and singing the hymns begins.

This procession is taken by both the male and female, and is carried around the localities. It is seen that they go around and about the localities singing the versions of the hymns. This event is termed as Prabhat Pheris.

It is a procession that starts early in morning, hailing from Gurudwara, the holy place that the Sikhs visits for prayers and worshiping; and then the procession is carried around the city.

The celebration includes the singing of the verses from the holy book of Sikhism that is the Guru Granth Sahib. The chanting of the verses is said to last for about a time period of two days that is 48 hours.

It is said to go on uninterrupted. The singing of the scriptural verses takes place in the place of worship of Sikhs that is the Gurudwara.

The main celebration includes chanting the verses or hymns out loud. Some other rites that are a part of the celebration are the display of the martial arts.

The devotees are involved in the display of the different stunts and positions of the martial arts.

The procession that is carried throughout the city and the path that the devotees carry forward the procession is beautifully decorated with flowers of different kinds and with posters and banners that have the message of the Sikh leaders written on them.

The prayer begins early in the morning around 4 o’clock. There is a continuous recitation of the verses from the holy scripture of the Sikhs that is the Guru Granth Sahib.

The verses are recited out loud. The verses mainly describe about the life and the story of the first leader and the founder of the Sikhism, Guru Nanak.

The verses also include the teaching of the previously mentioned leader. This recital of the verses is called as the Assa Ki Vaar.

Then the celebration is followed by a community lunch which is also called as the Langar. It is a special lunch organized by the followers and the devotees, which provides free lunch to everyone who steps into the Gurudwara.

The Langar or the lunch that is being coordinated by the members of the Gurudwara is an idea of spreading love, brotherhood and tolerance in the community.

It is the idea of welcoming people from every religion, culture, caste and gender to join and take part in the lunch session. This is also a part of the celebration of the Guru Nanak Gurpurab. This part of the service is called the Seva.

This act initiates a sense of dedication among the followers of the Guru Nanak the first leader of the Sikhism. The festival comes to its end at night at around 2 o’clock.

It has its night session of the Gurudwara where the verses are recited and then there is the song or the Kirtan session. This session begins somewhere around at 1:20 am at night.

It is believed that the first leader and the founder of the Sikhism was born at this time. The festival of Guru Nanak Gurpurab is a festival which majorly celebrates the birth of the Guru Nanak and celebrates his story.

It is observed with remembering the teachings of the mentioned leader who mainly preached about service and dedication to the mankind.