Human ages during his lifetime. His connections also change during this time. From a son he becomes a father and finally a grandfather. This process of ageing is very interesting and also teaches us many things in the long run.

Thus old age is sometimes called second childhood. It is the time when a person reaches the age of sixty and beyond that. Hair starts whitening and muscles shrink but the brain gets richer and richer. They are the most powerful and influential people in the household. They have seen the world and lived through it.

They have earned respect. That is the reason why all the members of the family respect them so much. What we are now is because of them.

To a child his/ her grandparents form a whole new world, a whole new space. A child finds that comfort in his grandparents that he does not get in his parents. Bedtime stories care, free sweets, warm woolens knitted at home are the few things every granny and granddad gifts their grandchildren.

I have very sweet memories of my grandparents. He was a second guardian to me. They were the people I ran to whenever i had a thought traumatizing me. And whenever I did so they were always there to take me in, in their warm cozy hug and save me from all dangers and fear.

There were times when my grandparents used to save me from getting scolding from my parents as well. My grandparents do not look as older as other people of the same age. My grandmother is sixty five and my grandfather is seventy years of age. The reason behind their youthful face is that still they try out new means and methods to keep themselves fit. Yes, they are very diet conscious. 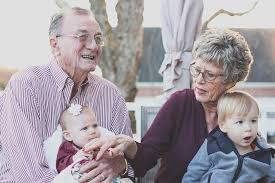 My grandfather has a regular regime that he follows every day. He wakes up at 4 am everyday. He goes for a morning jog. He says morning air is the purest air. He comes back at 7 am huffing and puffing with a newspaper in his hand. Then he sits down in his armchair in the balcony and reads his newspaper and sips tea.

This continues till 10 a.m. there is an unspoken rule at this time that nobody should disturb him till this time unless it’s very urgent or hell gets a snubbing.

My grandmother on the other hand follows an entirely different routine on the whole. She keeps up till late night with her knitting work. She has this hobby which has now reached a level of frenzy after she won a competition on knitting.

She used to make woolens, mufflers, gloves, tablecloths, caps socks just anything you can probably name of by hand by knitting. Recently she took part in a competition and this show cased her versatile talent. After winning it she has taken up this hobby more seriously and she is working with double determination and double hard work day and night.

So after staying up late night she sleeps and gets up later than grand dad…something like 9 am in the morning. Freshens herself and sits with the knitting items where she left off last night. Sometimes if she is bored of knitting she switches on the television or goes to the terrace for a short morning walk. But grandmother has the habit of storing pickles in glass jars and putting them out in the terrace for drying.

That place was a heaven for me. She made pickles of all sorts, mango, chilly, dates, tamarind and many more. I was my grandmother’s ‘dish tasteter’ and she was my personal ‘chef’.  Granny had a fetish to watch different cooking channels, note down the recipes and make them later on. And who used to taste her dishes and judge whether it’s good or bad? No one else, other than me. 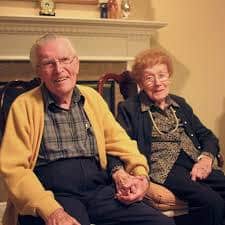 I liked the job though. I used to get to try out new new dishes everyday…some spicy, some tasty, and some creamy. Who needs to go to a restaurant when you have such a great cook at home itself?

On the other hand the time i spent with my grandfather was a bit different. He taught me many things. He used to tell me stories of armies (my grandfather is an ex army personnel), battles, fights, different countries and all that. We talked about religions, mythological beliefs, gods, mysteries. I transcended into a whole new and different world whenever he told me his stories.

Not only this, I and my grandfather spent hours gardening. I used to see how he dug up the ground to make a bed, how he sowed the seeds and how he watered them. It was such a beauty to watch the plants that grew up within a few days. He encouraged me in sports as well. It was him who bought me my first bicycle and taught me to ride. I am thankful to him for that.

My grandparents made my childhood complete. They are the ones who filled colours in it, gave me basic knowledge and important teachings of life. I simply can’t imagine where I would have been if they hadnt been there.

Nowadays we have seen cases where the old people get treated very badly, by their own family members and sometimes by their own children.

This is such a tragic incident. Some people even leave their old mother and father in old age homes to avoid all responsibilities. The old parents spend their last few remaining days in the  four walls of the old age home….always looking towards the door, waiting for their beloved child to show up and take them back home.

But who will take them back home when their beloved child whom they have nurtured with so much love, time, effort and money has usurped all their property and left them on street? People actually usurp their parents’ property and leave then\m on streets.

How can someone do such treatment with someone who has given birth to them? It is rightly said, human race has lost its humanity.