Sports are very important for us as it helps to remain fit, healthy and has a positive impact on our overall development as well. There are many sport games which still exist and are centuries old. Out of this golf is also one of the old games. The most famous golf player which people in the present century know is Tiger Woods.

Soon, peace was settled between England and Scotland. The game now became popular in both these countries. But when war started golf’s popularity started to reduce in England. In 1603 when the country of England was taken over by the King of Scotland, King James VI, the game of golf was back to England. 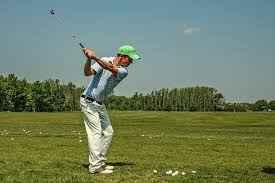 Golf was very popular among the ruling class. The ban on Sunday golf was removed by James I during the 1600’s. According to his orders there were official golf clubs and the makers for golf balls. The first international match of golf was between Scotland and England. This was organized by James II.

Both the countries continued to played this game not as a sport of one class but as game together of all the class. There were very less rules regarding the game and the holes for the game. There were golf courses in Gosford (Blackheath) and St. Andrew’s.

Mostly the people who belonged to the upper class and the noble people visited these golf courses very often. The foundation of Blackheath was in 1608, St. Andrew’s and Ancient Club in 1754. Even the lower class played this game but in an open land. Men even played golf among the sheep.

Playing golf by the lower class became a problem as they could not afford the price of the golf balls. Earlier, feather and leather were used to make the balls. It was very difficult to make the golf balls due to which only four to five could be made by only one man. During the middle of eighteenth century, the price of golf balls started to reduce. But still the lower-class people could not buy these balls.

The oldest golf club is the world is Honorable Company of Edinburgh Golfers. Earlier they were called Company of Gentlemen Golfers. This company made rules for the game. Even when St. Andrew’s Golfers was established, they borrowed rules from the Company. Mostly the golf clubs existed in Scotland.

There were none outside Scotland. But in 1787 there was a golf club in Blackheath. Then, United Kingdom had around 35 clubs by the end of 1850. The Scottish soldiers formed a golf club at Pau in France in the year of 1856.

In the 19th century the equipment for the game was changed. In 1848, a new ball was made from the rubber sap of Gutta tree. This was made by Rev. Adam Patterson. This was very cheap and slowly it took over the game. This ball gained popularity because it was easy to repair it.

It had one problem. It could not ravel for a long distance. Slowly there were more changes in the balls. New materials were being used to make new balls. Some companies even used mold to make the golf balls. This was easily affordable. But these balls which were handmade started losing its importance because the rubber companies took over them. These rubber companies produced the golf balls in large numbers.

Allan Robertson and Tom Morris were important people in this game during this period. They were both golf players and ball makers. Still, golf was not played in a proper way. There were no formal rules for this game.

Rules of Golf and how it’s played

In the starting there were no proper rules for golf. But it was important to have proper rules so that everyone played the game in the right way accordingly. Otherwise all the people would play their own way by making their own rules of the game. In golf the player has to hit the ball in such a way that it goes inside the hole.

One gets only eighteen chances to hit the ball. In golf, a player does not compete with any other player. Instead he competes himself so that his scored improves from the previous one. This why all golf players have a very high sportsmanship. They battle with their own self. 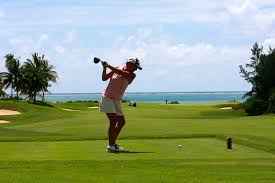 There are 18 holes in a standard golf course. Every golf course has the same number of holes. They do not vary in this factor. When a player gets a shot for the first time, the ball kept either on a wooden peg or a plastic. After that it is continued from the grass itself.

Sometimes when the player hits the balls towards the hole, there are chances that the balls may get diverted. This happens because of bunkers or rough ground.

A player gets the score for putting the ball into the hole on the basis of the number of shots they have used in doing so. But if they make a penalty then they are in a loss. The person who takes the least number of shots to finish the game is declared as the winner.

The scoring is given around the par for that particular course. There are a few terms which are used while scoring in golf. These terms are albatross, birdie, bogey, double bogey, triple bogey and eagle. Albatross is when there are three shots less than par, birdie is one shot less, and bogey is one shot more.

Golf usually does not have any umpire or a referee like other games. Very often it is expected from the players that they know the rules of the game very well. No player is allowed to interfere or move the ball except under a few circumstances.

Everyone is expected to maintain proper etiquette while playing this game. This may be by following the rules of the game and giving respect to the other players in the game. This is why golf is known for its values among other sports.

What are the changes that the game of golf has undergone?

There have many changes which golf has gone through. These changes have been in the golf balls, golf shafts, club heads and the rules of the game. It is more than six hundred years that people have been playing this game. From the starting of the game till today, we have seen many types of golf balls.

Golf balls have improved a lot from before. Earlier the balls were made from rubber sap and also from feather and leather. Today, a player has a variety of options to choose the type of ball they want to use. The variety of golf balls can be found anywhere.

Today, the golf balls have improved in durability, specificity and smoothness. There are even different balls made for older people, women and men. Earlier the golf clubs were made of wood or iron. After that steel came into the light and then graphite too.

The shafts which are used in making the golf clubs affect the flight of the ball. Some help to gain more distance while some help for better shots. The golf heads have also changed with time. This game has faced many changes with the advancement in technology.