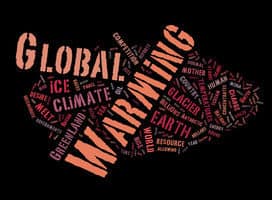 Global weather change is one of the most pressing climatic issues of the present day. The temperatures around the world have been on a constant increase due to this phenomenon.

Weather researchers and scientist claim that, if not thwarted soon, global warming could become a major hazard in the years to come.

It is not only us, but every species on this planet Earth that will face the effects of this global change.

What is Global Warming?

Global warming can be broadly defined as the global rise in temperatures across the globe. The effects of Global warming are harmful and may even cause large scale damages on our planet.

Global warming can be simply stated as a change in climate. It has been observed over the centuries that there is a significant percentage in increase of global temperatures every year.

This is taken for further research and probe is on to find out in a very broad sense, the various factors contributing to the problem.

Global warming has raised concerns regarding the future course of actions and the right measures in the right directions need to be taken to tackle the issue effectively.

Global warming was first speculated when temperature changes were observed as early as 1950’s.

Global warming in simple terms is excessive heating up of the earth’s atmosphere.

Though there are other gases adding to the green house effect, these are the major ones that are causing the effect to take place.

All gases are naturally present in the atmosphere. The greenhouse effect is in no way harmful, but it is actually very essential for the survival of life on this planet.

We can understand the green house effect in simpler terms. The earth receives heat and radiation that the sun.

Due to the presence of greenhouse gases, they trap some of the heat that reaches the earth and bounce them off from the earth’s surface.

It is as good as sending a part of the heat back. This process retains some warmth provided by the cosmic heat.

Heat, as we know, is an important aspect of sustaining life on earth. Having an atmosphere that can provide the greenhouse effect is one of the reasons why life is surviving on planet earth.

Other planets don’t have an atmosphere and thus cannot retain heat.

Even if they do have an atmosphere, the greenhouse effect may not be present or may not be strong enough to carry out the process. The problem arises when the volume of these gases’ increase to immoderate and abnormal proportions.

Humans are majority contributors for global warming because of the emission of greenhouse gases due to various human activities like manufacturing, vehicular emissions, industrialization etc.

This increase in the number of gases in the atmosphere indirectly increases the heat retained by these gases in them.

It is speculated that if this process continues at the current pace, then the earth’s temperature rate may increase double fold in the years to come.

The effects are already being noted around the world. The regions that are largely affected are the North and South Poles. Major glaciers are melting under extreme weather conditions.

The habitats along the arctic belt are facing extreme climatic conditions and facing survival difficulties. This is due to the rapid rate at which the ice cover is getting depleted day by day.

Common species of wild animals that once moved around freely on earth are slowly moving towards being called an endangered species.

If the ice bergs and glaciers melt at the current rate, it has been predicted that the sea levels may increase by up to 10 metres.

This will completely submerge the coastal areas of most of the countries.

Though the effect will be gradual, it would be a major hit to the ecosystem and would ultimately affect human lives in an adverse manner.

The temperature increase would render the already hot ecosystems unbearable to live in.

To reduce Global warming one should understand the importance of trees. Trees are no doubt an essential part of human lives.

How trees help in reducing the green house effect can be dealt with in a little more detail trees produce fresh oxygen as a byproduct of photosynthesis.

So by planting more trees, we are indirectly balancing the percentage of carbon dioxide in the atmosphere.

The best possible solution for the greenhouse effect lies in the three magic words – reduce, recycle and reuse. Nowadays plastic carry bags are totally banned at all shops and market places/malls.

This is for a reason. Plastic when burnt releases toxic chemicals into the atmosphere. Plastic does not decompose on land either.

Hence, first and foremost, the use of plastics has to be banned. Nowadays we can see that instead of plastic carry bags, everybody is encouraging the use of paper carry bags actively.

We can recycle bio-degradable wastes by dumping in land and converting them into manure.

Paper can be re-cycled and is a convenient option to be replaced instead of plastic usage. Re-using the recycled products provides value and saves the raw material as well.

Considering all the consequences of such a global disaster, steps have started to be taken by countries. These mostly involve an effort to decrease the emission of greenhouse gases from daily human activities.

One of the victories of such steps is the decrease in the size of the ozone hole, a large exposed part in the South Pole.

If there is no ozone layer to block the sun’s harmful radiation, the UV rays easily penetrate into the earth’s atmosphere and cause various skin diseases and other disorders to human and animal lives. S

kin cancer and other types of UV ray effects can be seen on a large scale if the ozone layer is not protected from depletion.

As more and more efforts are undertaken, we aim at reducing the rate of Global Warming to a bare minimum.

Global warming is not just country or region specific. It is a global concern. Scientists and researchers have been working on possible and effective solutions to reduce the problem.

We as humans should think of our next generations and create a heaven for them to live. If we sustain the present scenario and leave the worst for them, it would be a great loss.

Proper steps and implementation practices have to be undertaken to deal with this issue.