Speech on Gambling for Children 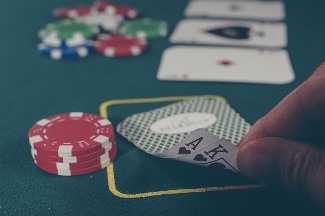 Good morning to one and all present here. I am very glad that today we all have gathered here and I got an opportunity to present my views on the topic ‘Gambling’. I beg of your cooperation throughout the time that I am presenting my speech and I also ask you to pardon me for any mistake that I make while presenting my speech.

Gambling has always been seen with the eyes of negativity and it is in fact very bad to gamble. Many people have lost all their life savings and belongings because of their bad habit. Gambling also carries a reference to the old stories of the Mahabharata where it is mentioned that the Pandavas lost Draupadi to the Kauravas just because earlier they had lost all their belongings and property.

The last who was left was their wife so they put her to stake in the hope of winning something. But unfortunately, as luck would have it did not go according to their expectations.

Even in the last try they didn’t win anything and hence they lost draupadi to the kauravas. What is the result? She was molested in front of an entire assembly and the pandavas had to stand and watch it. They couldn’t do anything to save their shame as well as hers.

Gambling is actually an addiction. It’s a bad habit it eventually starts with small greed and craving but then grows to a monstrous side which is beyond recovery. Gambling encouraging lottery shops and casinos mainly used this quality of human greed whenever they seen a new customer they start giving him small gifts offers and prizes.

This lures him to visit them again on a second visit. On the second visit they reward them with a higher gift or a higher prize. This increases their expectancy as well as their greed. After increasing their greed to this extent there comes a day when they do not win anything.

That day their heart just drops. But human heart has a tendency to cling on to false hopes when there is no chance of anything. So, he goes there again thinking that maybe he will win this time. But he doesn’t. Slowly and slowly this greed envelops him and he starts putting his things at stake one by one.

First day it’s his money, then business, then cars, then home and finally his life. Finally, he has nothing left with him. Finally, out of depression people such as these do suicide.

They not only destroy their lives but also the lives of the people connected with them. Their old parents, their children, their wife, everyone’s lives are put to stake. They still cling on to the false hope that maybe if they continue for another day they might win something.

There have been many cases in India itself that a certain person has lost all his belongings just for this bad habit. Here is a list of some famous people who love to gamble.

Besides being the most famous and probably the best golf player, Tiger Woods is known for his vices too, like sexual affairs and gambling. One of his mistresses confirmed the rumor that Tiger bets $25,000 per hand when playing blackjack.

He is known to be a high roller player and has even received a $1 million betting limit by the MGM Grand in Las Vegas, where he always requests for the table to be filled with beautiful girls.

He is possibly the best basketball player there ever was, but his gambling skills might need improving. The first case where he displayed his gambling vice was when he admitted that he lost $165,000 in Atlantic City in 1993.

He is also known to actively play poker, although not that successfully.

Average sports fans think of Allen Iverson as a successful basketball player, one of the very best, but little do they know that Allen Iverson went broke because of his gambling debts. His NBA career has earned him $200 million, only for him to throw them away on gambling and drinking.

Despite being broke, he is also in debt. His wife left him because of this, and he lost much of the sponsorship deals, such as the $50 million lifetime collaboration with Rebook.

He has even had many unpleasant situations while playing in casinos resulting in feuds with casino employees, and has been caught urinating in a trash can in front of a casino. Iverson has been banned by many casinos in Atlantic City and Detroit.

There are many other celebrities who have given up on their lives just for gambling.

I want to conclude my speech by saying that why should we do something which we know will harm us? It’s like knowingly murdering yourself. Why not live in a healthy life when you can afford one?