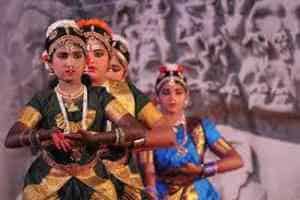 Karl Wilhelm once rightly said, “Art and works of art do not make an artist; sense and enthusiasm and instinct do”. The folk cultures of India are testimonial to this statement. Most ardently, the dance forms which run through the deep veins of Indian folk cultures are aesthetic justifications of instinctive and spirited expressions of art and culture.

Since ancient times, these folk dances, which vary with region and tribe, have been the traditional medium of celebration and reverence. They can be categorized efficiently with the geographic distinction of India.

All these beautiful and mesmerising folk dances are not very technical, rather they are intuitive. This is helpful as folk dances and other cultures provide a medium for people to express their art minus the technicalities of professionalism. These are performed within designated communities, regions or tribes and each of them are either religious or celebratory of the harvest season. It is essential to keep them alive as they open the window of ancestral creativity for future generations.