Flowers, which are one of the most beautiful creations of the Almighty are created on a purpose to spread smiles to the mankind through their sweet smell and attractive appearance.

Some flowers grow separately on the plant meanwhile there are some which grow in inflorescence (a cluster of flowers on a single stem in a particular pattern/flowering stem).

Yes, there are some classifications in the category of the inflorescent plants out of which sunflower belongs to the “Pseudanthium” category, which means that the flower may appear as one, but is a tightly packed composition of hundreds of smaller flowers which can be observed upon a closer look.

Moving to the parts of a flower, these can be observed by cutting a cross-section of the flower.

Parts of a flower

The basic parts of a flower include:

Evolution and variations portrayed by flowers

It isn’t necessary that all the flower or the flowering be alike, as discussed earlier, there are several types of flowering plants which show a wide variation in their structure.

It is the type of evolution and modifications that help the botanists in finding the plant species. 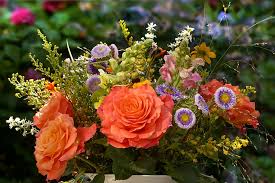 For aesthetics: Flowers, as often observed in our day-to-day lives, are the most important elements preferred in aesthetic purposes.

They bring in the liveliness and grace with their sweet smell and their attractive appearance.

They add a charm and an unknown feel of beauty which can’t be expressed in words but can be felt by heart.

Also, their fragrances give a state of calmness to the soul.

Flowers have a become an utmost important part of our lives that people gift each other with flowers on special occasions like birthdays, anniversaries, weddings, funerals, rituals etc., wear them on their outfits, or start up a business of selling flower.

For names: People, are so deeply attracted by the purpose of flowers that some of the parents name their children after the flowers’ names like: Rosie, Lily etc.

As a livelihood: As discussed earlier, some people authorise the selling of flowers and are called florists. Such people believe that apart from earning a livelihood, spending their time amidst those flowers keeps them calm and soft-natured.

In addition to this, they also believe that the journey of a flower from the budding stage to the fully developed and blossomed stage gives them some inspiring goals in life.

As food: Some flowers, apart from their sweet smelling and attractive nature, are considered to be edibles. Two such flowers are: Cauliflower and Broccoli. Also, there are some spices which are obtained from flowers, some such examples are: the most expensive spice, i.e., the saffron, is obtained from a type of flower called “Crocus”.

Cloves are one such spice that is obtained from a special type of flowering plant. Meanwhile, the “Dandelion” flowers are used to obtain wine.

As medicines: Flower like the roses have medicinal values imbibed in them which are useful in the treatment of various ailments.

Miscellaneous: Flowers were also said to be the conveyors of some certain feelings and aspects when social life was not much easier.

It is said that some flowers like the daisies, lilies and the roses made people to think of children, innocence, life, love, beauty and passion respectively.

Moreover, some flowers were meant to be worn or presented on some special and important occasions like holidays or in the mourning/remembrance of the soldiers and citizens who died during the wars.

Flowers, have always been a beautiful topic to write, paint or sketch on.

The great Poet Laureate, William Wordsworth, sang praises of the beauty of the Daffodil flowers in his poem “The Daffodils”, which goes on like this:

“For oft when on my couch I lie,

In vacant or in pensive mood,

They flash upon that inward eye,

Which is the bliss of solitude;

And my heart with pleasure fills,

And dances with the daffodils.” 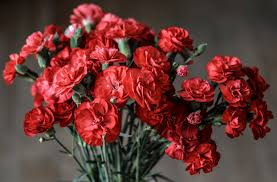 Only the flowers have the power of curing our mood swings, hence satisfying the sense of touch, sight and the sense of smell.

There is a lot worth learning from the flowers, i.e., their systematic arrangement of the petals and sepals gives us the goals of leading an organized and disciplined life.

Their colourful and attractive appearance even with the thorns gives us the goal of smiling ourselves and spreading smiles to others even in the toughest of times.

Without flowers, the landscapes on this earth have not been that beautiful as they are today.

They add a special charm to every place they grow in; be it temples, parks, public gardens our very own homes. It is such a beautiful sight to see when flowers are around.

Some common and most popular flowers

There are some which are the most expensive in the world due to their rare breeds or growing conditions.

There is some which blossom in 15 or 30 years and a single flower of such varieties cost approximately Rs.30 lacs in the Indian standard currency. Some such flower are listed below:

As per the latest observations by the botanists, there are almost 301,000 kinds of flower species around the world with nearly 480,000 alternate names.