The moment we think about the topic we tend to picture a women, a women is a mother, a sister, a wife, no relation can be thought without a women. A woman is someone who is lifeline of a society, and our environment. A woman is not only strong emotionally, mentally but also physically.

‘Women Are Better than Men’- Public beliefs on gender Differences and other aspects of multitasking by Andre`J. Szameitat et al suggests that a survey was conducted to supporting incidental observation by empirical data. For this, 488 different ethnic groups participated. The results showed that overall more than 80% of the participants believed that women were better at multitasking.

A woman can do multitasking, we know from our day to day experiences. She manages household chores as well performs much better outside. The best example and symbol in the world; of a women, is ‘a woman’ gives birth to a life. What can be the most amazing natural process than this?

When we talk about the women discrimination or women empowerment we should firstly think about the “female foeticide”. And the most surprising fact is women themselves involve in the process of female foeticide, largely cases found in India.

But, why? To answer the question very promptly, in the need of a boy child, because a boy child is considered as an ‘asset’ to the family whereas a girl child as a ‘liability’ to the family; socially, culturally as well as economically. It is often also considered that a boy child would take care of his parents when in the old age. Whereas a, girl child would get married and would be taking care of the other family.

What is ‘female foeticide’?  Research scholar Reshma in her paper explains that Female foeticide is the selective abortion/elimination of a girl child in the womb itself, done deliberately by the mother, after the detection of the child’s gender by medical means.

This is usually done under the pressure of the husband or the pressure of the in laws or even the woman’s parents. Unplanned pregnancy is generally the reason behind abortion. However, female foeticide is far more heinous sin than the age old practice of killing an unwanted child, even before it’s born. And certain responsible factors for female foeticide are as follows;

Well, when I am talking about one of the major issue of today “female foeticide“.  I will be failing in my writing if I do not mention ‘Femme Fatale’ represented in film noirs from the classic history when the changing role of women in American society have influenced film noirs during world war 2, when women were urged to take over factory jobs traditionally held by men.

After the war, the men returned and displaced the women workers, often unnecessarily. The self sufficiency of many women, showed during the war doubtlessly threatened many men, perhaps including those in the world of making film Noirs. 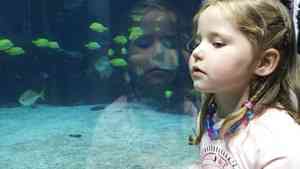 A large number of post war Noir thrillers are concerned with some degree with the problem represented by women who seek satisfaction and self definition outside the traditional content of marriage and family. Pre –eminent in this group of women character are those ‘Femme Fatal’.

Hence I conclude that what can be other best example of a woman than a mother, a mother is someone without whom our survival is not always possible. It is said that, “telling a mom not to worry about her child is like telling water not to be wet”, no mother can live happily without the happiness of her child. The most caring and loving nature in this world is found in a mother.

Similarly the second credit of care, love, support, life happiness goes to a wife, who left her home where she spent her childhood and spends rest of the life with lots of care love and happiness, a sister who always stand by us no matter what the situation is.

Without a woman we cannot feel the warmth, the happiness, coldness, the spark of life. Therefore the matter of female foeticide is the most serious, as without a female the natural process of life is not possible and if we expect so much care and happiness from a women then why not to give birth to a girl child?

Lastly, let’s just break all the stereotypes and taboos and stop discrimination against women, as there is no life without a women.

And break all taboos regarding that son is better than a daughter, leave behind certain issues such as dowry system, and thinking that women are not capable enough to equalize with man. And would like to say that if we can love our daughter, let’s just start learning the fact that a daughter-in-law can also be loved and given the same respect as that of a daughter.

It is not only the responsibility of men to understand the matter of female foeticide but women are equally responsible to the matter and as to understand that it is the women themselves who have to change from within and then expect the society to change and make sure that our girls have all the birth rights in the world.

As she can also be one of those, who have done wonders to the world such as Rani Laxmi Bai, Kalpana Chawla, Indira Gandhi, a beautiful mother, a beautiful sister, a beautiful wife and what not. We should take care of increasing facts of female foeticide and start thinking about the ratio.

Let’s just give our society a chance to be happy, loving, caring, healthy and beautiful. Let’s just not give importance to the hard held systems made by the society, and move towards the new beginning.