MS Dhoni urf Mahendra Singh Dhoni, everyone knows him! He is the shinning superstar of our country. He is the one who makes our country proud of. He is such an expert in cricket that he has fan base of over a millions.

Hard work and reach your goals! Is what’s his motive.

Through his entire life and up till now, he has worked so hard to reach the goals in his life. His path is to stay focused. Dedication, hard work, concentration is what all are the steps to success. He is phenomenal! Isn’t he? Yah he is!

Mahendra Singh Dhoni was a captain from 11th of September to 4th of January 2017 in limited-overs formats. And in the test series from 2008 to 28th of December 2014. Dhoni holds several numerous captaincy records. He has lead his team towards success.

What all qualities does a captain should have?

5 main qualities, Dhoni has all the panchtatva.

Now let me tell you some brief about Dhoni

This legend was brought in this world on 7th of July 1981 by Devaki Devi and Pan Singh. He got married by Sakshi in 2010.

MS Dhoni has achieved the following awards in life:

Padma Shri is the 4rth highest civilian award in the Republic of India. It is given on the basis to the one who has excelled or contributed towards Arts, Education, Industry, Literature, Science, Sports, Medicine, Social Service and Public Affairs.

MS Dhoni achieved this award in the year of 2009.

Rajiv Gandhi Khel Ratna award is the highest sporting honour of the republic of India. This award is named after Rajiv Gandhi, the former prime minister of India who served the nation from 1984 to 1989.

The ICC ODI Team of the Year is an honourable award which is given every year by the international cricket council.

CNN-IBN Indian of the Year is a lifetime, outstanding achievement that a true Indian could get.

MS Dhoni urf Mahi achieved this honourable award in the year of 2011.

MS Dhoni’s performance is unique. The biggest achievement of all time was when India won the World Cup in 2007 by 257 runs,

And under the captaincy of Dhoni, India won 2011 World Cup against Sri Lanka, chasing 275. 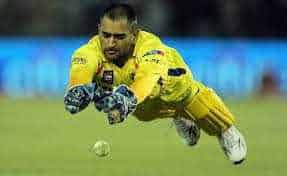 Dhoni was contracted by the Chennai Super Kings for 1.5 Million USD. This made him the most expensive player in the IPL for the first season auctions. Under his captaincy, Chennai Super Kings have won two Indian Premier League titles and the 2010 Champions League Twenty20.

A bio was also made on MS Dhoni.

M.S. Dhoni: The Untold Story, which came out in theatres on 30th September 2016.

It touched rs200 crore mark at the box office. The role of MS Dhoni was played by the leading actor Sushant Singh Rajput. He gave complete resemblance of Dhoni in the movie, and gave an excellent performance.

Do you know, that in his bio, it has also been showed that at first Mahendra Singh Dhoni was fond of Football but his coach motivated him for Cricket. It is an amazing movie.

Many people come and go but Dhoni will always remain in our heart, as he is the best player a team could get. There would be more Sachin’s and Virat’s but there is no one compare to Mahendra Singh Dhoni.

MS Dhoni has few nicknames, his fan base calls him Mahi, or Dhoni.

Dhoni is the shooting star for his parents. His dedication has inspired many. He is the reason behind the Indian team’s success.

Outside cricket, Dhoni has a lot of interests in other fields, i.e.,

He has a keen interest towards bikes, which he has oftenly claimed in media. He co-partnered Akkineni Nagarjuna in buying a Supersport World Championship team Mahi Racing Team India.

And as I have mentioned above that Dhoni had an interest in football so along with Abhishek Bachchan and Vita Dani, Dhoni is now a co-owner of Chennai based Football club Chennaiyin FC, a franchise of the Indian Super League.

Along with Sahara India Pariwar, Dhoni is the co-owner of Ranch Rays.

As we all know that Dhoni had tie up with a lot of TV advertisements that is, he was the brand ambassador of many brands.

The endorsements that Dhoni signed are

Though MS Dhoni has backed out from his captaincy now, but no one can ever beat him. He is the best, as I have said before many would come and go but Dhoni will always remain like a legend in the history of Indian Cricket. He is one of its kind.