Man and meal are two inseparables. Human own their existence to food and food need human hands to get its proper taste and shape. Both are interdependent of each other.

When man was more of an ape, he used to eat raw food. He killed animals and ate them. With discovery of fire, believed to be some accident, he tasted cooked meat. Thereafter cooking process came into existence. He learnt that cooked food taste much better and has longer shelf life too.

With ages human discovered various taste and various methods of cooking. Instruments for cooking got the shape and since then the renovation of such devices is going on. Meals and there timings became important in human life.

Gradually human beings started focusing on what, how and why should they eat various meals. Importance is meal and meal themselves became hot topics of discussions.

Debates, conferences, magazines, newspaper etc. have articles discussing how to eat, what is to consume and in which season. What is the ideal time to eat meal? How many meals in a day are ideal to stay healthy? Such topics are discussed in every home.

The importance of proper meal gained so much importance in human life that an entire genre of professionals emerged to promote it. This genre is known as dieticians. They are well educated professional. They spend years on studying what are the benefits of eating various kind of food stuff available.

The most ideal ones are promoted and the fried foods are advised to be ignored. The food stuff with high sugar content is advised as big no. More of fruits and vegetables and baked food are promoted. This way genre of professionals became popular with people who are facing health issues because of eating disorders.

In early days human were more of physical labourer types. They use to perform most of their work of their own. This helped them stay health as the food they use to consume use to get digested. With evolution and innovation both mind set of people and technology got changed.

The physical work is considered more as work meant for low section of society who doesn’t have enough money. People who have ample resources hire labour to get their work done through them. In return the physical labour get paid in term of cash or kind. 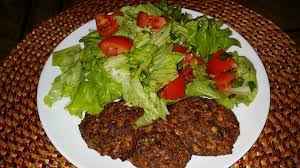 With time money became more and more powerful and every work done get rewarded in terms of pay /salary. This resulted in various eating disorders.  Proper meals intake took a step down from the priority podium. Rush and hush replaced health and the money became dominating factor in every aspect of life.

That’s the reason more and more of dietician emerged in the last few decades. This is because people think that only educated personnel could guide them with what to eat and how to eat. But this is very wrong notion. No one on this planet is idiot enough who could not make out what they should eat.

Unless they have some medical issues which necessitate expert advice, diet should be healthy and consist of everything. But the modern species of human being gives more importance to things only when it’s done under expert guidance. The inner convictions have taken back seat.

This is a simple principle of nature that if one spends more calories than they have consumed, there calories intake would not disturb their metabolism. And if a person`s metabolism is healthy enough they can relish any food stuff without giving calories count even a single thought.

But there can be some errors, humans do mistake and to revert the side effects they further commit mistakes. The circle becomes vicious when they follow someone’s advice blindly. Many people do refer a expert at least while other follow the one who themselves are following the advice. The scenarios get complicated at each step more and more.

The best way to stay healthy according to me is to eat healthy, have proper sleep and exercise regularly. Inadequate sleep surely results in healthy body because our body is a kind of machine.

If we keep on stretching the working hour of machine it is bound to succumb sooner. Similarly body collapses faster if we don’t give it adequate rest. Exercises play very vital role in our life. Only eat and sleep makes body lazy. And a lazy body results in lazy mind.

What we eat it has very great impact on our body and soul. The way we eat shows the mannerism but what we eat makes up our mind and thought. As a proverb goes “you are what you eat”. A healthy mind resides in healthy body.

To stay healthy the timeliness of meals is a very crucial card in human`s hand. One who plays this card well is bound to win the health game in long run. That’s why one should know well the meal he/she is consuming and the time table they set in their mind for the same.

According to me breakfast are the best meal for any human being. Every wise man says, “breakfast should be eaten as a king, lunch should be as moderator and dinner should be as a beggar.”

The terms beggar and king are verbal only. They indicate the amount of food that should be consumed in each meal. King size meals indicate the lavishness and the beggar kind meal means very less in quantity. It has nothing to do with kind of food stuff to be eaten.

A good and satisfying breakfast keeps belly full and satiate for more than half a day. It gives the power to concentrate on work and let the mind not stray after junk food. These junk foods are root cause of binge eating and health disorders. Proper breakfast should consist of cereal, to provide carbohydrates and fat.

Milk which is source of proteins should be there. Vegetables/ fruit which add roughage to food should not be avoided at any cost. Food well cooked and served is well eaten too.  And a well eaten food makes up healthy mind.