Speech on My Favorite Television Show 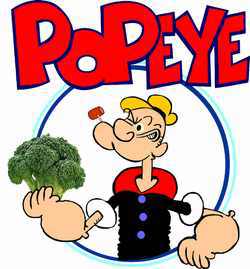 Very good morning to everyone present here. On this auspicious day today, I am going to speak on the topic ‘My favorite television show’.

It is a matter of great honor for me to have been chosen to deliver the speech in front of my esteemed teachers and my loving friends and classmates. I humbly request your attention and beg your pardon for any mistakes that will be made if at all. Please feel free to correct me wherever I am wrong. I am open to suggestions.

My favorite television show is surprisingly a cartoon program which was an animated series by the name of ‘Popeye The Sailor’. This program was based on the exploits and everyday lives of primarily three characters namely Popeye, Olive, and Bluto.

Popeye plays the role of The Mighty sailor Huygens tremendous amount of strength as soon as he opens up his can of spinach and consumes it. The female protagonist of the cartoon series, olive, is a very pretty woman, liked by both Popeye and the main villain Bluto.

Their episodes usually revolve around Bluto trying to develop various ways to impress Olive by arranging for traps for Popeye to make him look bad in front of her.

Popeye The Sailor is probably one of the most famous cartoon series ever made on the earth and has been watched by almost every child who had access to television in the late 90s. The series was mainly created to raise awareness about the benefits of spinach and other vegetables.

Depicting the protagonist Popeye as a symbol of masculinity and male power who depended on vegetables like spinach increased kids to consume vegetables in much larger volume.

The impact of the cartoon series was really overwhelming and there were actually instances of kids who had started eating vegetables just because of Popeye.

Now let us know a bit about the history of this cartoon series. Not only mine but it was a part of the childhood of most of the kids who had access to television in media since the early 1930 when this cartoon was first produced and was being broadcasted.

At first published as a comic strip by E.C. Segar, in his King Publications. Since then it was only published in the print media and it was not until the late 1933 that it was made into an animated cartoon series by Paramount Pictures.

As of today, Popeye The Sailor has more than 250 episodes under its name. Active production of this cartoon series has been stopped, only to have it run in our hearts forever.

Television is of extreme importance in today’s day and age. It has an ability to bind the readers and influence them to some extent. Many people also disregard the television as an idiot box believing that it pollutes our rationality.

However, I feel we have been given the choice to weather be negatively or positively influenced by the effects of television.

This television show Popeye The Sailor, has helped thousands of mothers to feed their children the much-despised greens that they would have otherwise never had put into their mouths. This television show is my favorite because of many other reasons.

It shows not only a man who is strong enough to rescue his loved ones but it also shows various tricks and solutions that Popeye comes up with when he is in difficult situation.

This is extremely important for the development of the still growing brains of kids who are forced to think about and come up with new solutions does opening up their mental faculties.

Popeye The Sailor also shows how to deal with bad people in general. He tells us how to identify the people who really like us and who can really be called our friends and the people who dislike us are only Enemies disguised as friends.

This is of utmost significance in today’s world where it is very difficult to understand who wants us to progress in life and who does not. Because of these many and scores other reasons, I considered Popeye The Sailor an extremely capturing and intriguing television show which till now is one of my most favorites.

I would like to conclude by saying that we should not shun away television shows by generalizing television as a mere Idiot Box. We do not know when and how which things can be used in what ways.

Similarly, the potential of television is still far from our knowledge and then prove to be of utmost significance in educating the masses in the near future.

Just like everything else it has its negativity but what thing on the earth does not? Therefore, we must let the kids or even adults watch productive stuff on the television which can contribute to the greater cause of the society and its development for a better tomorrow.