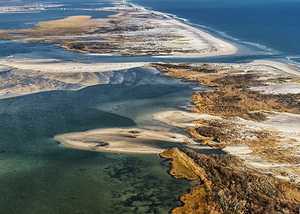 Climate of the country refers to the weather condition and variations which are recorded over a large area. The climate of India is described as the word monsoon derived from Arabic word ‘mausim’ which means season or monsoon. The climatic conditions of a country vary within its boundaries due to many factors. But India’s climate is mainly affected by these six major conditions.

India’s climate has peculiar characteristics. Its climate is a combination of tropical and sub tropical climates. This is due to the position of India on the globe. The tropic of cancer which is 23 degrees north of equator roughly divides the entire country into two halves.

It’s end points are marked at the Rann of Kutch in west and Mizoram in the east. Temperature is maximum at equator and gradually decreases as we go up towards poles. We experience this phenomenon because the earth is slightly bulged at the equator and hence receives the maximum sunlight.

But the Himalayas standing on North-eastern borders act as a wall and do not allow the cold north winds to enter and blow over north plains. As a result, temperature does not fall so considerably as it could.

India is a vast country. It has many mountains ranges but the most prominent one is named as the Great Himalayas. They are situated on Indians north-eastern borders. This range also has the highest mountain peak, the Everest. It lies in Nepal.

The coast line of India is triangular in shape and it covers a wide area as well. The average elevation of India’s coastal area is about 30 meters. The Himalayas act as a barrier from the winds entering India from mid Asia. This is the reason we experience moderate winters as compared to the other countries placed in Region of Central Asia.

The climate of a country is very dependent on the direction of winds and their origin. So here we will analyze some winds that affect our country:

A low pressure area is built over the northern plains and high pressure area over the sea in the south. Wind blows from south sea to north-east India. These winds bring rainfall in India and they are known as Southwest Monson winds. This moisture laden wind that blows from the warm oceans of south towards the mainland of India is a major source of rainfall.

Jet streams are high velocity westerly winds which blow in narrow zone in the troposphere. Any changes in Jet streams influence the climate of India. There are two types of Jet streams

The Westerly Jet streams strongly influence the north and North West parts of the country. They prevail throughout the complete year except the summer season. They are actually divided by the Himalayan ranges. The westerly jet streams bring about peculiar changes in the climate of our country.

The rains in winters and the heat storms and the occasional heavy snowfall are all an artwork of the westerly Jet streams. When these westerly jet streams retreat, they unleash behind them cold waves of air in the whole country.

These jet steams blow over the peninsular India or Deccan in summer months. These streams originate due to the heating of Tibetan Plateau. Due to this, the easterly jet streams develop and blow over the whole of peninsular India around 15 degrees north latitude. This is responsible for ticking off the southwest monsoons.

Topography is a very important determinant of the climate of a place. Topography is concerned about the arrangement of the relief features of the place- be it natural or artificial features of an area. The study of earth and it’s features, astronomical objects are actually known as topography.

Mountain ranges act as a natural barrier which drastically changes the wind and rainfall patterns. When mountains obstruct the flow of moisture laden winds, air rises up the slopes of mountains. As the air rises it begins to cool off. As it cools off, the moisture evaporates and it rains in the form of water or snow.

It is very surprising to note that the plants and ecosystem in that area also affect the weather of that area by regulating the winds. We know that plants use the process of photosynthesis to sustain their operations. They emit oxygen and water vapor, which is very important for the formation of clouds.

Also they absorb carbon dioxide from the environment. Carbon Dioxide is a greenhouse gas and it traps the warmth of the sunlight; thus increasing the global temperature. So, by absorbing carbon dioxide, they actually help in prevention of a phenomena known as global warming.

In desert, where the vegetation is next to nil; the temperature fluctuates rapidly. Deserts become too hot when the sun shines out there but at nights they practically become cold deserts. So deserts are a very apt example of how vegetation affects the climate of a place.

Size of the country

India is a vast country and not every part has the same type of weather due to the different types of climate conditions prevailing in different places.

During the winters especially, the Southern India remains warm in comparison to its northern counterpart. This is because of its proximity to the equator which receives the most sunlight from the sun.

Distance from the sun

The location of a place from the coastline is a major determinant of its climate. Areas near the coasts have an equable and a pleasant climate all around the year.

But the inner hearts of the country have extreme temperatures where the winters are very cold and the summers are brutally hot.