Essay on An Example of difficult decision you had to make 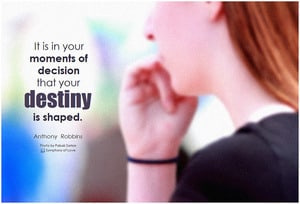 Things don’t go as they are planned, they go as they are meant to be. Every dreamer never mixes the elements of life to its dream, that there can be a problem, an unforeseen event or just a trail of the much bad decision.

This story isn’t about one pessimistic person but about much wrong decision and one difficult but right decision.

Farooq always had a dream to write, he thought one day he will write stories and news and a novel.

People will know his name, his poem, his stories, but he never thought that forget about writing stories his parents won’t even allow him to take literature as a subject. Farooq always used to find stories very fascinating.

He used to believe that stories were made for him and these stories which he read somehow stores and behold future for him.

Farooq began to show interest in writing, which was easily ignored by his parents who used to believe that this a phase, it is his hobby, no one gave a thought to a fact that maybe he has a potential in that field of words.

There he could or maybe could have found his road. Farooq was captured by the words where else his parents were adamant to make him a banker.

Whether one move slowly or with the speed, the one who is a seeker will be a finder.  – Rumi

Farooq completed his 10th and still believed that he has a heart for the bank job, and so he got sucked into the circus of commerce.

He spent his two years understanding the basics of commerce, but he never left his words.

He was still expressing himself through words and poems and stories, his mind was fogged by the lust for money and pressure given by parents.

He made his name in the elocution competition and debates, yet he thought that the real happiness will be in bank and money.

He wasn’t foolish, he was forced to believe that the road he chose for himself is right, and he will do well for himself if he kept walking.

No one really wants to ask him about his desire, his inspiration and his vision for life. Farooq somehow completed his 12th and got good grades.

A number that decides the parents’ status in the society, a number which helps a child to live respectfully in his own house because society won’t but his parent will make him bleed through his ears.

Farooq sat on the chair, and he was telling his father about his decision of studying literature, his father jumped from his chair and lost his mind and went on ranting ” there is no future in literature, what will you do, how will you earn, you are just wasting your life.”

Farooq thought in his mind that whether his father knows anything about the field literature, or he just happened to get distressed for no reason at all.

He couldn’t go against his dad at that time, and he kept quiet, and he went on doing BBA.

Farooq went to India’s most reputed college and learned about business management.

He found it funny how he, on the one hand, believed that we will be a great manager and on the other hand he was not ready to leave his pen.

He kept on scribbling words on paper, always believed that after three years he will take admission in art college and with this hope, he went to sleep only to get up for another reality check.

Farooq used to take part in many literary fests and also planned to open a literary club. He got many volunteers who were ready to work with him.

They all came up with new stories and poems which they believed that will get selected for the college magazine.

Farooq was struggling to get some decent marks in his paper because he believed that he won’t do MBA and will surely get into an art’s college.

After the 1st year, he got some very good marks, and he started to dream about the working in an advertisement field, thinking that in this field he can write and earn, but he was away from the harsh reality of life.

This new dream sucks you in and doesn’t allow you have another dream or go back to your original dream.

Farooq after one year realized that his real passion is writing, the love for the words was calling Farooq, and he found himself stuck in the middle of the turmoil from where he can only go towards MBA.

He called his mom one night and told her about his dilemma and his thoughts on BBA and MBA, but his mom gave him a deaf ear and told him to continue doing BBA, she was blinded by the fact that his kid will become a millionaire by getting this degree.

She forgot the population of India, and she also forgot that his son was not the only one who is doing BBA.

Farooq could not understand, he was stuck, he wanted a way out, his age was slipping by, and he got nowhere to go. He spent many hours with himself and thought really hard about his life and what he really wants.

He got many answers and many of them were indicating towards literature but one answer talked about money and status, things were really going out of hands, Farooq things to take a decision fast, and he took to continue doing BBA.

Farooq sat on the bench in the park and regretted listening to his father’s advice and not standing up for himself and his dream.

Farooq understood one thing that was his passion for writing won’t be understood by anyone and if wants to live a happy life he has to go along with his father’s decision, but he does understand what happens when the dream doesn’t come true.

He regrets every decision he told which led him away from his dream but the biggest regret was taking admission for BBA because it was this particular decision which shattered his dream.

After so many bad decision, he took one good decision of listening to his heart and earn a literature degree.

He believes that it’s the perfect time to learn literature because he has to earn that degree not for his dad but for himself and so after 3 years of slogging he went on to take an admission in an Arts college and finally he lived his life.