Essay on Safety of Women for Children & Students 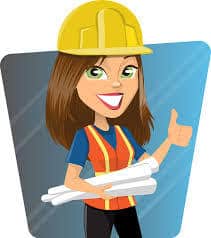 With feminism gaining more and more significance in both the academic and the practical context by every passing day, the time has arrived for us to evaluate the position held by women in the present society and try to perceive what has been the deficiency in morality over the years which has been pushing ‘the second sex’ into increasing danger, both active and covertly.

The safety of women is a pressing use in the entire world today, and the same applies for India as well. The everyday acts of physical and sexual violence are raising the question daily- how safe are women in today’s world? The answer presents statistics which are nothing short of alarming.

Besides this form of violence, women are also being continuously abused emotionally, economically and socio-politically- and at certain times, these forms of oppression leave longer lasting and more unsettling impacts, and contribute to create two different systems through the manifestation of inequality on a macro level. This results in social hierarchy.

Different types of discrimination against women

In as early as the 1930’s, the famous psychologist Gordon Allport had created a five-point scale of discrimination. This scale, albeit not mathematically constructed, shows how the acts of discrimination are hierarchical, with one usually leading to the ones higher up that it in the scale, and also in others practicing similar acts. The five points, along with a brief description and example, are as follow:

Anti-locution– speaking about one’s prejudice to like-minded others, for example, spreading the false opinion that women are physically inferior to men

Avoidance– avoiding the members of the prejudiced group on purpose, for example, not making friends with women even when it benefits the man

Discrimination– actively attempting to deny certain opportunities to the members of the prejudiced group, for example, not appointing deserving female employees

Physical violence– physically harming people only because they are members of a group someone is prejudiced against (this can be done both directly and indirectly), for example, rape or domestic violence

Extermination– wiping out a member one is prejudiced against from the face of the earth, for example, female foeticide and infanticide

All of the above five pose a serious question regarding the safety of women, as this shows how, sadly, in today’s world, females are safe neither inside nor outside the womb. Their safety is hindered on an everyday basis, as women are stopped on every level in pursuing the lives they want through various social barriers and restrictions.

Women are stopped from stepping out of their houses, from choosing their way of dressing and eating, from their choice of jobs, from marrying who they want to, and in numerous other grounds.

Therefore, we should realize that physical safety is not the only kind of safety, the lack of which should we be worried about. Instead, the absence of the ease of living one’s own life on their own terms should also be treated as a serious threat to the safety of women.

The causes for curbing the safety of women through various acts of violence can be broadly termed as social or psychological. The psychological perspectives state that such perpetrators possess fragile ego and experience paranoia, suspicion, and jealousy; whereas the victims show clear signs of masochism.

Such theories also state that the safety issues stem from a deficit of properly channeled interpersonal communication between the perpetrator and the victim, and this theory mostly tries to explain the causes of domestic violence, or violence in intimate relationships.

The social causes club together poverty (and the frustration caused through it), lack of proper education and sensitization, and the most important of all- patriarchy. In simple words, patriarchy refers to a social system where men dominate and are preferred over women.

In such a society, the norm becomes to choose boys over girls, to give more importance in upbringing boys, and to give them the better opportunities that are available in the society, no matter what their qualifications are. This clearly eliminates the rise of women in this hierarchical system, women who deserve to rise. Therefore, all such causes pose a threat to the safety and security of women in the society.

Several feminist theories have tried to locate the cause of women being unsafe in the society, and the most prominent of these stand out to be that propounded by Yllo and Bograd in the year of 1995. Their theory distinguishes between ‘power over’ and ‘power to’, and makes the social structures responsible for the oppression of females.

Feminist theories state that the key to ensuring the safety of women is through empowerment of the victimized section of the group and through naming the problem and proper legislation against the perpetrators. Trivializing the issue can do no good, and therefore, all people should also be made aware of the types of assault that there are and about the safety measures and support systems which exist.

The most important thing we have to do away with while dealing with this problem is apathy, or people’s lack of emotions about something. The day people will genuinely start caring for each other’s issues, the day one shall be concerned about every other person’s safety, irrespective of the relationship between them- will be the day things will actually, naturally start to improve (no matter how utopian that might sound).

Until then, only enforcement can be expected to work. Enforcement can be brought into effect mostly through legislation, but also through imbibing them strongly into societal norms and rules.

If people are made to realize that women deserve- biologically, automatically, naturally, in an unsaid and unspoken way- the same respect and the same freedom and the same position in the society, then the safety of every woman alive shall be obviously guaranteed. Education is another weapon to fix this issue.

Certain aspects of women’s studies must be made compulsory among school children from a very young age so that their socialization process is not incomplete, and they can at least try to grow up as responsible citizens; and when children tend to get curious, their parents are also forced to answer the questions which they would not otherwise ask, and to train them in the ways of the world.

Every human being deserves to feel safe when they step out of their house, no matter what time of the day it is or what sort of clothes they are wearing. In every phase of the society, there are two groups- the oppressor and the oppressed, and this system goes on and on until there is a realization of the ongoing oppression by both the involved parties.

If we come to terms with the problem that misogyny is, perhaps we will be able to realize how each of us has committed this mistake at one point of our lives or the other, and then start to correct at least ourselves- because every change begins with a bare minimum.