On 12th December 2019, the President of India, Ram Nath Kovind, gave the nod to the Citizenship Amendment Bill that subsequently became an Act. The CAA (Citizenship Amendment Act) has since been the topic of intense debates and aggrieved breakouts throughout the country.

Here, we provide you long and short essays on CAA that decode the provisions in the Act and clarify the reasons for the uprising the country is currently witnessing. 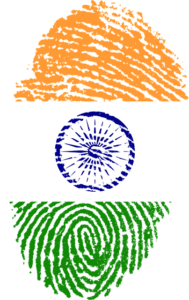 What is Citizenship Amendment Act (CAA)? Long essay in 500 words

The Citizenship Amendment Act (CAA) looks to amend the status of illegal immigrants in India. This is specifically beneficial to Hindu, Sikh, Buddhist, Jain, Parsi and Christian immigrants from Bangladesh, Afghanistan and Pakistan, who have been living in the country without any valid documents. All such immigrants who have faced religious persecution in their originating countries and subsequently moved to India till December 2014 will be provided Indian citizenship.

Earlier, immigrants who belonged to these three countries and six religions were mandated to stay in India for at least 11 years before being approved for Indian citizenship. Now, the law has been amended so that the duration of residency is only 5 years.

Is the Citizenship Amendment Act applicable to all states?

CAA is not applicable to regions that fall under the sixth schedule of the Constitution, i.e., tribal areas of Tripura, Assam, Meghalaya and Mizoram. States like Arunachal Pradesh, Mizoram and Nagaland that have Inner Line Permit regime are also excluded from this Act.

Why has the CAA been criticised by opposition parties?

The leading opposition parties in India have highlighted that the law is discriminatory as Muslim immigrants are not included in the list of communities that can benefit from the Act.

The opposition indicated that Muslims constitute close to 15% of the Indian population, and this Act leaves out immigrants from that community. Hence, it was criticised as being unsecular.

Post partition, people belonging to various faiths have been residents of these three countries and have been at the receiving end of religious hostility. Their right to practise and preach the religion of their choice has been curbed for years. Such oppressed communities have sought refuge in India since a very long time. The government is looking to provide them relief through the CAA.

The government may also examine applications from other communities and assess the validity of these requests on a case to case basis.

What kind of criticism did the Act receive from the citizens of India?

Various political parties have opposed the Act and pointed out that this proposal provides citizenship on the basis of religion. Indian citizens (particularly students) have also resorted to protests across the country. The protests in Meghalaya, Assam, Mizoram, Sikkim, Nagaland, Tripura and Manipur have grabbed media attention.

The protestors in these North-Eastern states are of the opinion that these illegal immigrants will be a burden to the resources of these states and also threaten employment opportunities for the current citizens. They have also pointed out that the Act does not conform to the Assam Accord of 1985 that indicates 24th March 1971 to be the cut-off date for the deportation of all immigrants who have illegally entered India.

The home ministry has not yet notified the rules that will make this Act operational. There are several petitions against the Act that will be heard in the Supreme Court in January 2020.

The Citizenship Amendment Bill was approved by the Indian President on 12th December 2019. This went on to become an Act.

The Citizenship Amendment Act (CAA) is expected to benefit persecuted immigrants from Pakistan, Afghanistan and Bangladesh who belong to the Hindu, Sikh, Buddhist, Jain, Parsi and Christian communities. According to the Act, if these immigrants have sought refuge in India on or before 31st December 2014, they will be given Indian citizenship.

Before the CAA came into effect, these illegal immigrants had to reside in the country for at least 11 years to be able to apply for citizenship. The CAA has now modified this duration of residency to 5 years.

Is CAA applicable to all states in India?

Citizenship Amendment Act will not be applicable to the tribal areas of Tripura, Assam, Meghalaya and Mizoram, as these regions fall under the sixth schedule of the Constitution. Mizoram, Arunachal Pradesh and Nagaland will also be excluded from the CAA as these states have Inner Line Permit regime.

Why was the Citizenship Amendment Act criticised?

The leading opposition parties led the protest against the CAA. They pointed out that the Act was discriminatory and unsecular as immigrants from Muslim communities were left out from the list of beneficiaries.

The Indian government clarified that the Act proposed to provide relief to persecuted minorities in the Islamic countries of Pakistan, Bangladesh and Afghanistan. Since Muslims were unlikely to be persecuted communities there, the Act does not cover them.

The home ministry has not yet made the Act operational as there are several petitions against it.

Image by Kurious from Pixabay

Check out these Related Essays: