“We’ve not inherited this world from our forefathers; we have borrowed it from our children.”

But man has made progress all over the world and this development has endangered the environment around which the man is living.

The result is that big cities came into being and these cities have to accommodate millions of people because they work in these factories and industries.

This accommodation of large people in town and cities proved costly to man. The forest was cleared, the trees were cut down to open new industries.

Now large areas are converting into deserts due to shortage of water. There are droughts and floods. Not only man but animals are also suffering.

As the population increases year after year, demands for natural resources increases. These demands eventually lead to pollution and contamination of resources.

Whenever man tried to progress and advance towards growth, pollution took place. The chimneys of the factories began to emit out smoke. This polluted the air.

This smoke is harmful not only for man but also for natural vegetation.

The means of transportation increased and they added greatly to air and noise pollution. Even our river Ganga is also contaminated. Several programs and projects are initiated for its cleanliness and purity.

Man didn’t just pollute air; he also spoiled the river water. The waste material of the industries and factories is thrown into the rivers thus making the water polluted.

It affects the animals which drink the water of the river. When forests were cleared, the cattle were left to graze in open fields. These animals change the grassy land into sandy lands.

Industries and factories emit out smoke and gases. These things make the environment so bad that it becomes difficult to breathe in open atmosphere.

The temperature of Earth’s oceans is getting higher too. Melting glaciers, early snow melt, and severe droughts will cause more dramatic water shortages and increase the risk of wildfires in the American West. 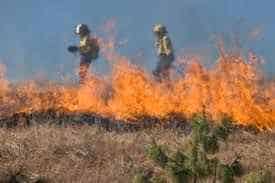 Today, there is widespread concern that the ozone layer is deteriorating due to the release of pollution containing the chemicals chlorine and bromine, which allows large amounts of ultraviolet rays to reach Earth which can cause skin cancer and cataracts in humans and harm animals as well.

According to the U.S. Environmental Protection Agency, one atom of chlorine can destroy more than a hundred thousand ozone molecules.

Species extinction is happening worldwide at an alarming rate. Endangered animals and plants are at risk of becoming extinct because of threats from changing environments.

To protect species, greater tactics, strategies and policies are needed.

The population of planet Earth is more than 7.5 billion. To provide resources and absorb the waste of this increasing population we need another planet Earth.

27 Lakh deaths are reported due to dirty water and related diseases globally. Only 30 % of wild forests are left globally and 1 lakh species have already gone extinct.

Every year 6 Lakh deaths are reported due to air pollution in the cities.

The highlights of the initiatives include increase in forest cover, better pollution monitoring and control, 2000 approvals unlocking Rs. 10 lakh crores of investment and a job potential of 10 lakh.

Launched on October 2, 2014 Swachh Bharat Abhiyan is a campaign by the Government of India to keep the streets, roads and infrastructure of the country’s cities, towns and its rural areas clean.

Steps to Save Our Environment

Trees should be planted in bulk. Afforestation should be given top priority. It will balance the nature and help in making the environment pure. Man, and animal both will get proper atmosphere on the earth to live safely.

The government should make laws against those factories which do not adopt measures not to spoil the environment.

They should be strictly stopped from diverting their waste material into rivers or seas. Then only the environment can remain pure.

We all need to make an effort to make earth a better place & healthier place to live in.