Energy conservation is one such issue where the complete globe has joined hands to ponder over the already degrading situation of our natural resources which are being used up by humans to quell their own selfish desires. It is an issue which has left no country not scathing under its touch.

The concept of energy conservation emerged from the need to conserve our scarce resources without which the modernization and the progress we have obtained will all dash to the ground without resources to fuel, to build and to beautify our buildings, cars, missiles and what not.

‘Energy saved is energy generated.’ If more and more people come to terms with this quote, probably governments would have to worry less about energy conservation. Energy conservation can be done in two major steps: Using energy efficiently and reducing the need for energy consumption altogether. 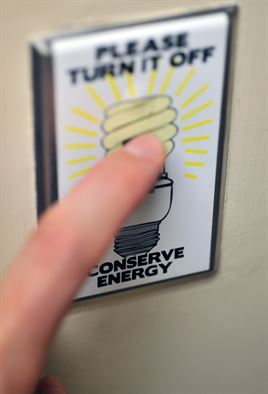 It is severely needed to save our resources from permanent extinction and to lessen the implications of our reckless destruction on our future generations.

Energy is all around you; from the blood that flows in your veins, all the life processes to the vehicles moving on the road or the machines used up to produce goods, energy is required by everything. Science describes energy as the rate of doing work.

So the more energy we have, stored in different forms, the more work can be accomplished. Also energy conservation reduces the cost of living, increases comfort, decreases health implications and also impacts the flora and fauna around us in a healthy manner.

It might look that a lot of energy is available around us but mind you, the situation is not as rosy as it looks. Usage of thermal energy requires burning up of fossils which generates carbon dioxide and other obnoxious gases in the process.

This is boosting the already ever growing problem of global warming which has the complete world in its wraps. The chain reaction of global warming is not limited; it moves on to destroying complete Eco systems and generating harsh climatic conditions.

Health hazards include bronchitis, asthma, lung diseases, cancer and much more. Effects of tragedies such as oil spills are even more catastrophic as it destroys the complete ecosystem of that area by cutting off the air supply.

Activities such as Coal mining, extraction of minerals from the earth, buildings of tunnels inside the mountains with the help of explosives triggers the balance of nature adversely and can lead to destruction in the form of earthquakes, tsunamis, landslides, floods and avalanches which cause huge destruction of men and material.

This picture is very gloomy and needs an immediate solution. The time has come when we can’t afford to show our lackadaisical attitude over this problem and sit tight over it. Energy conservation begins at home. From switching off electrical appliances when not in use to replacing inefficient bulbs with CFL’s and LED’s, all this can be done by every individual.

Nevertheless, reliability on fossil fuels to power our homes, cars and our electrical appliances is void since they are restored in nature over a period of millions of years and they are being used up at a very high rate. Focus should be shifted from non-renewable resources to renewable resources of energy as early as possible.

We should switch to different sources of energy – solar energy, hydro energy, nuclear energy, geothermal energy, tidal energy, biomass energy etc. so as to meet up our growing needs. Our country at this point of time relies on thermal energy generated from fossils for 75% of its total energy consumption.

This situation is a blot for our country which is a subtropical country and could eventually generate 9 lack kilowatts of energy more if India establishes more Solar units which generate energy for various purposes at a lower cost. Other sources of energy have not been explored to their depth because the funds provided for the research and development is eaten up by middle men and never reaches the one who needs them the most for their projects.

Stringent laws about energy consumption should be set into place and violators should not be let off Scot free and should be heavily fined. Industries should also unite to set up an upper cap limit on the use of electricity.  Factory owners who exceed this cap should be ordered by the law to install solar panels so as to make up for the lost energy. 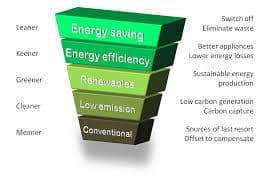 Moreover, education also plays an important role in educating people about their environment and its processes. If people are made aware of the implications of mindless use of energy and how to effectively use the resources they have been blessed with; this can go a long way in supporting the government.

Carbon footprint can be reduced through the usage of energy efficient air conditioners, water heaters and all the major appliances. Countries like China and USA who are high on energy consumption should also cut down their carbon footprint so that their models of sustainable growth can be emulated by other developing countries as well.

In the last but not the least, if the measures described above are not initiated in the near future, I am afraid that our doom in not that far we are assuming it to be. We have to unite into one global giant so as to combat this recurring menace of energy wastage or else we all will have to face the consequences of our actions we have committed today.