Essay on Negative Effects of Television on Children 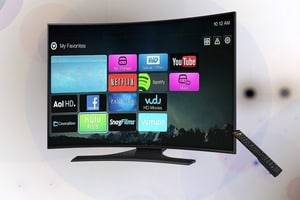 One of the greatest gifts that modern world has gifted us is television. Television is a medium through which we can see moving images (videos) on screen with audio.

Television has bridged the gap between states, countries and even continents! We can see what is happening in Paris while sitting right in our living rooms in another country.

The greater number of population that is attracted to television is the population of children. In modern times a child’s best friend is a television. He/she gets addicted to watching cartoons right from a raw age. Loony tones, tom and jerry, Mickey mouse are some of the famous cartoons of classic days

What they do all day is jus to sit out at one place and watch their favorite charecters.

But because of television children are missing the sweet moments of their childhood years. Where are the lawns to play? Where are the sweet giggle of children playing hide and seek? Where are the memories of getting scolded by neighbors for breaking window glasses in gali cricket?

The lawns changed into play stations and balls changed into remotes or joysticks.the sweet giggle has been long lost. What is now is the roar of machine gun, or the sound of loading of bullets. Children cannot differentiate between good or bad. Hence they fall prey to the cheap and harmful TV shows that are shown.

Children are becoming mechanical. They are losing all emotions. A child’s mother or father comes home after a long day at work. He doesn’t has time even to look at them, or talk to them. Because his eyes are fixed constantly on the t.v screen.

Nowadays newer types of television sets are streaming into market with slimmer displays, LED displays etc. televisions even have wifi connectivity. You can search the web; you can order a food sitting at home. Another feature of modern T.V’s is that programs can be recorded for watching later. Suppose there is an urgent work that needs your immediate attention, you can pause the show for a while and see later.

In most cases, it doesn’t seem to be a matter of parents using the TV as a surrogate babysitter, but rather parents truly believe that shows aimed at tots will somehow expand their minds, language skills and cognitive abilities, the study found.”

But the world is not full of negativity. There are bright sides as well. Television also contributes towards the development of a child’s knowledge. There are channels like national geography, discovery, traveler which shows meaningful knowledgeable shows which can be of great use in a later life.

It has cookery shows, puppet shows, craft show which altogether aim at shaping and developing a child’s creative side.

Television has really made the world modern. Before people relied on radio sets for getting news of the abroad. Now they can not only hear, but also see the vents and happenings sitting with a cup of coffee.

We safeguard our child from all the difficulties, all harms, so why not this? Why not safeguard him from the evils of television as well?

To sum up we can rightly say that a children’s character development is a very crucial matter. It is soft and it has to be molded into shape very carefully. By whom?…but his/her parents, teachers, to stop a child watching anything that is unappropriate to his age.

Channels like the epic channel, national geography are always on the move. Settlement Parents should inculcate the habit of watching good and educational shows in the child. Then only will the child get the full proper use of a television.