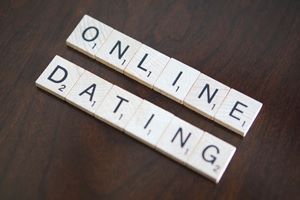 Online dating is a very common occurrence among the youth of today and almost every other person is constantly resorting to this option for various reasons.

Like every other consequence of the internet era, online dating has both its advantages and disadvantages and we must not be clouded by any preconceived notions while we are evaluating its effects.

Some people are extremely apprehensive of the anonymity which is allowed to one by the procedure of online dating as such, but this cannot be denied that many a perfect match had been also made by dating sites and several social networks, but one can never completely deny the obvious risk that online dating brings along with it.

Ways in which online dating occurs

Online dating started to spread itself mostly through social media and social networking and all such sites which permit the same- starting from the times of Orkut to the modern age of Facebook, Twitter, and Instagram. There are also various virtual chat rooms which might facilitate online dating as well.

Moreover, there are several mobile applications specifically designed to help people find suitable partners for online dating, etc. The most prominent example of such an application will be Tinder, which is now very popular among the Indian youth too, especially the college goers.

There are other similar apps too but they do not concentrate solely on the prospect of online dating. However, there are many software’s and applications dedicated to online dating, chatting, and for other such purposes.

However, online dating is not an entirely new phenomenon, as it had started in the medieval times in the form of sending letters to carry out more or less a similar function. It has merely redecorated and rejuvenated itself in various newer forms over the ages and is now highly digitalised.

The biggest problem of online dating is when two people get acquainted, and then attracted to practically someone who is a complete stranger to them. This can cause many risks and eventually be very harmful to the individual, who is entering in any such relations without being completely aware of the other person’s actual identity. Many people create different fake profiles on social media sites to entrap such vulnerable individuals.

In such a way, they can easily make such vulnerable people trust them and not perceive their malicious intentions. Many cases have been reported that through this way, people have been blackmailed, robbed, and exploited in many other ways- all of them being equally harmful to one’s resources and reputation.

Another effect can be misunderstandings between the people involved in any such relations. Any such relationship which is built merely on a virtual premise can never possibly inform both the involved parties about each other’s identities completely, thus there is an inevitable tendency of misconceptions to creep in, which might result in both underestimating or overestimating someone and their abilities.

This can be the root cause behind such misunderstandings, as texting and virtual messaging are two most important and effective ways to misrepresent the actual message one is trying to convey in plenty of situations. Many a times, it is also seen that males have formed accounts with the fake name and images of females, and vice versa, to further trick people for reasons which are certainly not very humble or altruistic.

The different MMS scams which surface every now and then can also be seen as an adverse effect of online dating, as on sites such as Facebook, etc. it is quite easy to download one’s pictures and use them for evil purposes or to blackmail someone as such.

However, that particular website had recently taken some measures to try and prevent such acts through some safety measures, but the problem has not been yet curbed in its entirety. Therefore, further safety measures are still required.

However, at times, online dating can also link two people aptly based on their likes and interests, and it can turn out to be a very good match indeed which might turn out to be fruitful in the future. Needless to say, all relationships need certain qualities to prosper and progress, but how they are acquainted to each other can also play a big role in advancing their relationship as such.

For example, social media is often used by people to convey their feelings and opinions on different issues, and this is how we find like-minded people or people we can engage in a healthy debate and discussion with. This can go a long way in establishing a proper relationship between them, and thus leading to online dating.

Also, online dating might also keep aside one’s prejudices before they delve into any relationship as in this case, one likes a person only on the basis of their identity and not on other grounds such as their family identity, their financial status, etc. which can otherwise attract people in other forms of dating, besides the virtual form being discussed in this essay.

Therefore, in a certain way, online dating might eliminate relationships based on false premises and a pretentious sense of attraction between people.

It cannot be really said that online dating is completely a bad thing; likewise, it cannot be referred to be something entirely positive. It is obviously a blend of both its diverse pros and cons, but we need to realize that either of these over weigh the other at certain situations, and therefore, the social and geographical setting and context of online dating also highly influences how the system fairs out to be eventually.

It also speaks lengths about whether it will have any harmful consequence for either of the parties involved. However, it is absolutely essential to mention that it is also up to the parties involved to take all sorts of precautions possible on their parts to ensure that they do not land into any troublesome situations because the blame is most likely to fall on them eventually for the same.