Essay on Effects of Industrialization 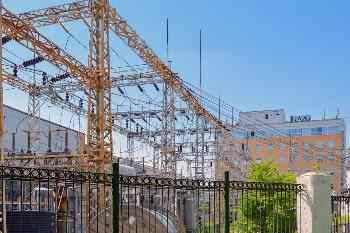 Industrialization, or we call it, the coming up of the industrial age was a movement wherein the setting up of industries gained momentum.

An industry is a well coordinated network of buyers and sellers who work together in randomness or in control to build an efficient coordinated with other industries so as to fulfill the needs and desires of the consumer.

There are many types of industries which cater to different demands of consumers. Prices of a product in an industry are determined by its demand and supply in the market.

There are some economies where the prices are determined by the free flow of market forces but prices of some goods are controlled by the government also.

Like in India, the government allows the free flow of market forces but controls prices and its forces like pharmaceuticals, weapons, nuclear energy etc.

After the French revolution, the complete globe reeled under the transformation to a superior industrial age.

Long years of compression gave way to a more sophisticated industrial age where people were just starting to explore the concept of delegation and decentralization through machinery.

They learnt to develop sophisticated and technologically advanced machinery.

With the use of machines, economies of scale came into practice. Due to the production of large scale goods, the per unit cost of goods went down.

So the machine made goods. This movement led the process of the products falling down extensively.

Handicrafts and handmade work was replaced by machinery skills which was more reliable, uniform, and cheap. The first industry that was setup in India was a cotton textile Industry.

It was under the British Raj in 1854 that the first mill was established in Bombay. The first notable heavy industry works were set up in 1874 near Asansol in West Bengal. It came up with the name of Kulti Iron Works.

Industrialization had a lot of positive and negative effects on India’s population and economy as well. Here some of the effects are listed in detail.

India is primarily an agrarian economy. So, with the industrial age, the farming sector also saw a lot of changes. Even the green revolution gained momentum due to industrial age.

Farmers were provided with sophisticated tools of irrigation like sprinklers, pesticides and high yielding varieties.

Since the cost price of the products due to economies of scale, large scale production ensued. It allowed to save time and labor. Also the demand for industrial goods rose as they became more affordable to common man.

Manufacturing is always associated with self sufficiency. When we manufacture goods on our own land, reliance on foreign powers decreases. We made ourselves self sufficient so as to fulfill our basic needs.

It provided a massive employment opportunity for people from both rural and urban areas to participate in the employment drives in large numbers.

With the industrial age set in stone, we learnt to manufacture our own weapons. We started using the minds of our youth.

They were on a lookout for an opportunity to prove themselves useful for the nation. Also, increased dependency on external assistance for defense infrastructure is dangerous.

It directly gives out the loopholes of the system to the helping nations. Foreign aggression must be defended either by hook or crook.

Our soldiers should be provided with state of the art training, infrastructure and facilities for the same.

As a coin always have two sides. Similarly, industrialization too has its own negative impacts.

With the coming up of machines and equipment, the rural craftsmen were left with no job to hold on to as the demand for their products had considerably decreased.

With industrialization, people flocked over to the urban areas to find employment. This gave birth to a new problem of unemployment which was more chronic and complex.

This also put pressure on public services. This made it difficult for the government to manage so much population together.

Heavy industries use up a lot of society’s resources for their setting up. There is a constant depletion of natural resources due to their use up.

Coal which powers thermal power plants is being used up at an increasing rate. It is used to generate electricity which is the backbone of all industries.

Also, industries require a lot of space. So forests were cleared to give way to the construction of large setups. This destroys the forestry and environment in the process.

In comparison to today’s situations, back then, industries were not that sophisticated. They did not have the knowledge to setup in place an effective waste disposal system.

Even the laws regarding pollution were not that strict. But even now it is seen that large scale industries emit a lot of harmful gases into the atmosphere.

This leads to air pollution. Some factories dispose off their untreated garbage into the water bodies. This causes water pollution.

Developed countries have large industries set up. They are set up for the production of heavy artillery and warfare goods.

But the developing and underdeveloped nations focus more on the production of consumption goods. This is done to cater to the demands of public.

In surmise, I would like to say that industrialization has given way to many movements like globalization, green revolution, white revolution etc also.

But it has also left some negative externalizes. Its effects and causes must be analyzed and the problems created by it should be immediately rectified.