Essay on If I were the Education Minister (1394 Words) 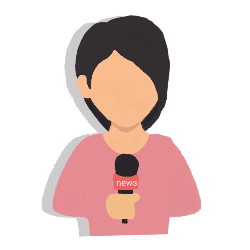 Education is a basic human necessity, just like food or clothing. In contemporary times, it has become a basic human right. Every human needs and deserves education.

Education helps the person decide what is wrong and what is right and makes her capable enough to form her own definitions of the terms ‘right’ and ‘wrong’.

Education makes us capable enough to like our own life independently and gives us a chance to develop ourselves into the best version of us. It helps us reach our potential.

Education liberates us, it sets us free. Yet, education bounds us, in the way that it makes us understand the rights of others, and how we cannot encroach upon those rights.

Education domesticated and civilized us, yet it enhances our imagination and let it run wild. Education gives an expression to our creativity and ideas and chance to realize those creative ideas. Such is the importance of education.

It is obvious that the person or the organisation in charge of looking after the systematic spread of education in a country will have an enormous responsibility on their shoulders.

Simple mistakes, ineffective schemes and conduct or lack of actual implementation of ideal policies could lead to disastrous consequences for the entire nation. Such is the importance of an Education Minister.

Before Becoming the Education Minister

I am of the opinion that the very post of the Education Minister should be held by a person who is qualified enough to handle such a huge responsibility.

Even if in our country India, the post of the Education Minister is one that is selected through elections, all parties should come to a consensus that the person who comes to hold this position is a person who is qualified and experienced.

After all, the future of our nation rests on her/his shoulders. Therefore, I’ll make sure that I acquire all the requisite qualifications before even thinking about accepting the prestigious post.

Problems in the Indian Education System

The first and foremost task before changing or improving anything is looking at the actual problems that we face. Things can change only when one knows what to change to actually see improvement.

Therefore, when I become the Education Minister, the step I will take is to understand the actual ground realities of the education system in India and the problem it faces.

Currently, there are many concrete problems that the Indian Education System is plagued with.

First, education in India, though being a fundamental right, is not universal. Not all parents send their children to school. Poor parents prefer that their children help them in their work and earn some money because that is their urgent need.

Therefore, these young children are deprived of their childhood as well as their future just for the sake of earning some meagre income to support their poor families.

Poverty is a problem that plagues the Indian society. One of the major reasons that people stay below the poverty line is because they are uneducated and therefore cannot get good paying jobs.

Because of lack of education they cannot develop themselves. They become stuck in their bleak situations. On the other hand, people are poor and therefore cannot afford to send their children to school.

Third, even if there are schools in villages and backward area, these schools lack funding and staff. Teachers are often not enough in strength.

Sometimes, the teachers themselves are not qualified. This becomes a major hindrance in the spread of education.

Fourth, another major problem that the Indian education system faces is the sex ratio in schools. Some section of Indian society still has the backward belief that the girl child is a responsibility and not an asset.

Therefore, she does not deserve education.

In families with thinking such as this, preference is given to send the male child to school instead of the girl child.

There is also a belief that women are not capable of learning, or it is not their place to learn. Education and knowledge is only for the male child.

Fifth, the content and syllabus prescribed has become out dated and old. There are much new advancements in many subjects that are not taught to children just because they are not included in the syllabus.

Children are deprived of knowledge that would actually help them in today’s time.

Also, in the system of education prevalent in India after our independence, more importance was given to marks.

The main aim was to churn out obedient workers to boost the Indian economy. But now, things have changed. India needs innovation.

It needs creative thinkers. For this, the emphasis on marks needs to be changed. More focus should be on actual learning and practical knowledge.

Sixth, many students in India drop out of school after completing their primary education for various reasons. They do not pursue higher studies.

There are many other problems that the Indian Education system faces, but these are the major issues that need to be immediately addressed.

Solutions and steps to be taken

After finding out the issues, the next step would be to introduce policies and find solutions to these issues.

First, I feel that the vicious circle mentioned in the first problem needs to be broken. To do that, I would take a twofold approach.

First, I would make depriving children of education and not sending them to school in the primary stages of their lives a punishable offense with rigorous and strict punishment.

Second, I would make primary education completely free. Education is of primary importance. It is an investment for the future. Only educated citizens can develop India and therefore, appropriate budget should be allocated.

Second, I would make sure that there is a school within every 100 km radius in India, or as the need is according to the population in India.

I would make a government officer responsible for each school who would have to report about the school every month to the Ministry.

To avoid any kind of corruption of mal-practices, I would hire external agencies to conduct a yearly survey, and give them enough autonomy so that the agency is protected from any Ministry influence.

The budget and financial aid to be provided would be according to the report. I would also introduce a scheme to train local teachers.

Third, I would encourage families in India to send their girl child to school as well as their male. Not sending children to school would be a punishable offense.

In primary schools, I would ask the teachers to encourage the children and their parents to pursue higher studies.

I would bring out policies to provide education loans with low interests and scholarships to meritorious students.

Fourth, I would set up a committee to review the present syllabus and suggest changes in it, after studying the needs of the time. I would implement such changes immediately, without wasting time.

I would ask schools to conduct workshops for the teachers to brief them and make them understand the new syllabus.

The new pattern would give more importance to learning and practical knowledge rather than marks and grades.

Fifth, no solutions can be effective if they are not implemented properly. Effective implementation of policies till the grass root level is one of the major problems that India faces.

It will be my major concern. I would make an autonomous body of academicians and social workers to review policy implementation.

Any kind of laziness would not be tolerated. I would make all information public, to invite public scrutiny.

I would make sure that the solutions and reports given by the autonomous body is worked on with the full force of the law.

These would be the major changes that I would make. Of course, I would make other changes as well when required. I would be open to criticism and suggestion.

Developing India would be my only aim. This is what I would do if I were the Education Minister of India.