The word seismology has been derived from two Greek words- seismos (meaning: earthquakes), and logia (meaning: study of). Therefore, in other words, it refers to the scientific study of earthquakes.

Earthquakes can be defined as tremors which are produced by the passage of vibratory waves through the rocks of the earth.

Such waves spread out in all possible directions from the central point from where the earthquake is caused. These waves resemble the waves caused when one throws a small stone or pebble into a water body.

There is a special instrument which is used to measure the intensity of earthquakes, known as the seismograph.

Such seismographic records are maintained by the scientists, and such records tell us that on an average, 8000 to 10,000 earthquakes take place every year in all throughout the world.

Oceanic earthquakes are also very frequent, and this phenomenon is different from the earthquakes mentioned previously.

Oceanic earthquakes cannot be recorded with great ease or precision. All earthquakes recorded usually originate below the surface of the earth at a depth of 50 to 150 kilometers.

While learning about earthquakes, some other terms should be known as well.

The focus or hypocentre is described as the point or place of origin of the earthquake. On the other hand, the epicentre is the point on the land surface vertically above the focus.

Thus, the effect of any earthquake is the strongest near its epicentre.

The major causes behind the frequent earthquakes most often experienced are as follow: –

Volcanic eruption- volcanoes and earthquakes are often supplementary to each other. As in, one causes the other and vice versa. Most of the earthquakes caused are in center of high volcanic activities.

Volcanoes disrupt the makeup of the earth’s surface and therefore contribute to the earthquake-causing tremors. 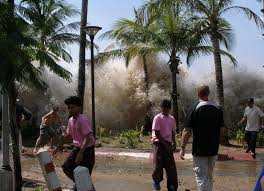 Contractions of the surface of the earth- the earth’s surface is always under some kind of disturbance or the other, since time immemorial.

Such contractions create disorder in the rocks, resulting in earthquakes.

Many of the most destructive earthquakes to have taken place in India were examples of these types of occurrences.

This way, an equilibrium or balance is tried to be maintained. An earthquake is caused whenever this balance is disrupted. For example, the earthquake of Lahore in 1949.

Plate tectonics- the earth’s structure comprises of several plates (there was only one single plate in the beginning), which move and shift from place to place over the centuries and have caused the continents and oceans to form.

When one oceanic plate collides with a continental plate, the heavier oceanic plate is thrust into the mantle. The zones where these occur eventually become the sites of violent earthquakes and volcanic eruptions.

Other miscellaneous reasons- earthquakes can also be caused due to human activities, like bomb explosions, the running of trains, and the functioning of heavy machinery.

Such activities cannot bring about full-fledged earthquakes. However, they can cause minor tremors, leading to the same. Landslides, etc. can also result in earthquakes.

Effects of Earthquakes- advantages and disadvantage

It is often said that everything has both its advantages and disadvantages, like every coin has both sides to itself.

However, while speaking of the effects caused by earthquakes, we only see the dangers caused by it, as it is almost universally accepted that the destruction they cause is monumental, and the constructive effects are extremely insignificant.

Some major effects are obviously the damage caused to life and property. Earthquakes cause heavy damage to buildings and other installations as well.

At times, they disturb the existing composition of the rock strata and block the flow of water in rivers.

The river water, in turn, submerges the surrounding low-lying areas and flooding these regions. For example, the Brahmaputra River is prone to such flooding.

Earthquakes occurring at the sea result in high waves in the sea water and cause heavy damage to ships as well as aquatic creatures.

This also leads to the inception of tsunamis, which are highly destructive on their own. Folding and faulting are often associated with earthquakes, and these damage country roads and other structures.

These are also responsible for landslides in highlands. At times, water, mud, and gases are ejected from beneath the fissures caused by earthquakes.

The gases such emitted may ignite the air and water, and the mud might flood the surrounding area. Even larger areas are capable of subsiding or sinking during some severe earthquakes.

However, certain advantages of earthquakes can also be enumerated. The study of earthquakes teaches us a great deal about the interiors of the earth and their composition and structure.

Sometimes, the faults created by earthquakes become sources of water which are then used for various domestic and industrial purposes.

More than often, the fissures or cracks which are the definite results of earthquakes contain various valuable minerals which can be hereby easily obtained.

Another important thing to be kept in mind is that the folding and faulting on large scale can often give rise to new land forms altogether.

Most of the highest mountains standing in the present day (for example, the Himalayas, the Alps, etc.) are results of extensive folding and faulting. In this way, they contribute to shaping the earth’s structure as it is seen by us.

Certain parts of the earth are more prone to earthquakes than the others. This happens due to the variations in the underlying rock structures as it differs from place to place across the world.

It shall be noted that most earthquakes occur at places where the earth’s crust is weak.

The largest number of earthquakes happens in a region commonly known as the ring of fire. Geologists have identified this zone as the circum-pacific belt, covering countries such as New Zealand, Japan, Philippines, and some more.

Such areas also experience high volcanic activities. Other than these, there are also certain mid-water mountain belts, and minor belts which are prone to frequent earthquakes.

However, In India, earthquakes are mostly limited to mountainous areas and the Himalayan foothills.

However, there were instances where major earthquakes had happened in areas other than these as well, for instance, the earthquake in Gujarat.

Earthquakes, as natural occurrences, have lasted since the inception of this planet, and will continue to do so until its demise.

It is true that it brings about major destruction but we also need to understand that we cannot possibly erase them from the face of our planet.

Hence, we should try to reap the benefits of such occurrences by gaining knowledge about how and where it occurs, so as to be warned about the future occurrences, and to be well equipped to combat it well ahead of it striking the land surface.

Only in this way can we reduce the destruction caused by earthquakes.