A drug is any substance which when introduced to the body, causes a physiological change in it. There are various forms of drugs and their uses. Also, the drug can be introduced into the body by various methods; these methods are called as ‘routes’ of drug administration. 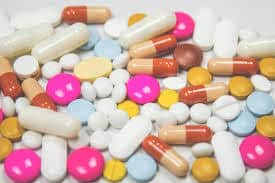 Generally, most of the drugs are abused by teenagers and many other people. Drugs when abused can cause various harmful effects on the body. Drugs are meant to be used for pharmacological practices.

Example is Morphine which is given to patients to reduce pain and induce sleep after a surgery. But on the other hand, morphine is used by many teenagers to get ‘high’. Such drug abuse causes a great damage to their bodies and makes them far from their families and the society.

Drugs used in medicinal purposes, their routes of administration, their sources and drug receptors are discussed later.

The various Routes of drug administration are

The disadvantages of this route are that it cannot be used on unconscious patients, not suitable for irritant, not absorb able drugs, drugs that are destroyed by digestive juices and patients with severe vomiting and diarrhea.

Topical route: Drug that is administered topically, that is, externally on the skin or mucous membrane. The topical route drugs can be in the form of creams, lotions, gels, dusting powders etc.

Sublingual route: The drug when kept under the tongue and gets absorbed by the mucous membrane present in the buccal cavity. Thus, the drug enters the bloodstream and shows its action.

Parenteral routes: Those routes which are directly injected to reach the bloodstream are called as parenteral routes. The drugs are generally administered with a hollow needle connected to a syringe which forces the drug to enter the systemic circulation. Some of the types are:

Intra- dermal route: The drug is injected into the layers of the skin. It is very painful and is used for drug sensitivity tests. Example is BCG vaccine (Bacillus Calmette Guerin).

Intra- venous route: Drug is directly injected into the bloodstream via a vein. There are various advantages of this route such as the bio availability of the drug is 100%, there is a quick action of the drug, large volume of the drug can be administered into the body etc.

There are some disadvantages too such as it cannot is self- administered, it can cause allergy to sensitive patients, the drug should be pushed very slowly using the syringe, the syringe as well as the needle should be totally sterile.

Sub- cutaneous route: The drug is injected into the sub cutaneous layer of the body parts such as arm, thigh or abdomen. It can be self- administered. The absorption of the drug is very slow and hence it is not used for emergency purposes.

Intra- muscular route: Drug is injected into the muscular layer of the body. It is very painful as the needle needs to pierce very deep to reach the muscular layer. It cannot be self-administered and can cause injury to the nerves in worse cases.

Intra- articular route: Drug is injected into the joint space. It is generally used for the administration of drug used to cure Rheumatoid arthritis. Conditions should be highly aseptic by sterilization of the needle, syringe as well as the nearby surroundings.

Plant sources: Drugs can be obtained from various parts of the plant such as root, stem, leaves and even seeds. Such parts have various active metabolites such as alkaloids, oils, gums, tannins, resins etc. which can be used for the preparation of a drug. Some examples are

Morphine is obtained from the fruit of the plant Opium, which is used as an analgesic.

Quinine is obtained from the bark of Cinchona tree, which is used for the treatment of Malaria. 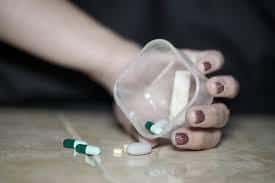 Animal source: Animals can also be the source of various drugs. Some of them are:

In old days, Insulin hormone was extracted from the pancreas of pig and cow. (Nowadays it is not used because it can cause infection).

The drug heparin is extracted from leech which is an anti- coagulant and is used for the process of dialysis.

Thyroxine hormone is extracted from the thyroid hormone of various animals.

Pepsin is extracted from the stomach of cow which is a digestive hormone.

Microorganism source: Various microorganisms such as fungi, bacteria, Protista are the sources of various drugs. Some examples are:

Streptomycin drug is obtained from a bacterium Streptomyces griseus.

Mineral sources: Minerals and metals can also be the source of various drugs. Some of them are:

Aluminium hydroxide which is an antacid.

Milk of magnesia which is also an antacid and laxative.

Ferrous sulphate which is used for anaemia patients.

Synthetic sources: Drugs can also be made in the laboratory hence the name synthetic. Such drugs can be synthesised as per requirement and can be produced in a large scale. Examples are, Paracetamol, Lomotil etc.

Human source: Human beings can also be the source of certain drugs. Some examples are: