From the time humans first appeared on this earth, there have been many changes and advancement that has taken place improving the lives of human beings. But are we human satisfied with this life? We all say to each other we should be happy with whatever we have. But we do we really follow that?

We ourselves say that but we never follow this or atleast do not even walk towards the door of this saying. People of different culture, religion, creed etc. reside in the world. This makes diversity among us. The diversity teaches us a lot about each other. We are all staying together despite the different religion, culture, creed etc. But we should ask one question to ourselves.

This is the reason why there is violence all over the world. No matter how advanced the world has become our views and thinking regarding each other has not changed. We still consider each other superior and inferior in regards of race, culture, religion, sex  etc.

This is why people are still fighting with each other. There is violence everywhere, Violence in the families, friends, opposite sex, working place, between different nations etc. No matter how much there are actions and laws to stop these violence and fighting but nothing has been able to stop this.

Domestic violence is one importance issue which needs to be solved. This is an issue that is increasing as time is passing. Every single day we see or hear cases about domestic violence. There is domestic violence at your own home, among friends, relatives, educational institutions or any of our work place.

But what is domestic violence exactly? Domestic violence is the violence which can happen with us in our family or anyone who is close to us or whom we know very well. This violence may be physical one, controlling, anger, social, sexual, threat, emotional, mental, dominating over other and many others. 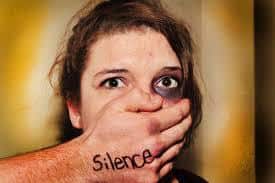 Or someone must have tortured or beaten the other person. But domestic violence is beyond just physical violence. There are many ways in which domestic violence can take place. It may take place in the form of physical one, controlling, anger, social, sexual, threat, emotional, mental, dominating over other etc. There are many other ways as well but these are the most common ones.

A person may control or dominate over another person. The other person does not have privacy or freedom. The person has to restrictions. The person who is facing cannot do this because he or she cannot do anything against this because they are dependent on that person. As the person is dependent they are given threats or blackmailed to go according to them. People who consider themselves superior dominate over others.

Like for example many time women are dominated and ill-treated by the men. They take privilege of their soft side and control them according to their wishes.  Sometimes a person is slapped, kicked, punched, burnt purposely or kidnapped and tied. This is a type of physical violence. Sometimes even people face sexual violence.

They are made fun of their body, about their sexuality like the transgenders or sometimes people are put into guilt or forced to have sex. We also see that sometimes a person is abusing another person in front of everyone else in the public. This hurts the other person’s feelings and emotions.

Their reputation goes down in front of so many people. Sometimes people play with the emotions of others and spoil their life. Some people also use bad language and abuse the other person. This comes under verbal abuse.

There were two old couples in my church. They always came together to church in their vehicle. They were very regular to the English service in the church. For few days, we saw only the husband coming to the church. So, the elders of our colony asked him what happened to his wife.

He informed us that she has been paralyzed and is lying on the bed. It was sad news for all of us because they were greatly devoted to God. How can something bad happen to such people? We visited them when we were free. It was a sad sight. After some days, we heard that the husband and his brother have been arrested.

The wife could not be arrested due to the medical conditions. Everyone was shocked to hear this. The reason for their arrest was that a young lady who used to come to their house to work was physically and verbally abused. None of us could believe that because the old couple was very good.

They did not have any children so how can they do something like that with a young lady. Moreover no one would believe as they were old people. But still they were arrested because of the lady’s statement and even her family complained. They were in jail for almost three weeks.

But they were released after their neighbours and the ones who knew the old couple well gave statements for them. On the basis of that they were bailed.

Domestic Violence in the present world

The husbands try to control over them and torture them. They behave like strangers and do whatever they want to do with them. They consider women as inferior to them and that is the reason they try to control them. They even think that the wife will quietly bear everything and do nothing against them.

Only few of them are bold and courageous to stop this and they leave their husband and go. They complain about them. But some of them become scared and bear everything. They cannot do anything because they do not have any other option other than staying with the husband.

But we also know there is another side of coin too. There are cases about domestic violence faced by men as well. But these cases are rarely revealed because if people come to know about this, they will mock at those men. Even men are subjected to such violence but they are scared to tell anyone about it.

So, they hide and bear everything. But this issue should be solved. If people give so much importance to the violence which women go through, then it should be the same for men too. Even though the number of cases will be less for men but still this issue must be looked into.

Occurrence and actions on domestic violence

Domestic violence exists till today even though the world has advanced so much. No matter how much we are taught to accept each other forgetting the position, religion, sex, religion etc. we will still see domination and violence. This needs to stop. We have got a beautiful life.

We cannot spend it with violence. People must learn the laws and acts regarding domestic violence. Every single person on this earth must know this because it will help them to have a better life. Whether the person is a child, woman or man everyone should know.

No one should bear any sort of violence. Bearing such violence will only make the person weak and give another chance to the person to do this with another person. Government has made strict laws on this matter so anyone who causes violence to another must know the consequences of his or her action.