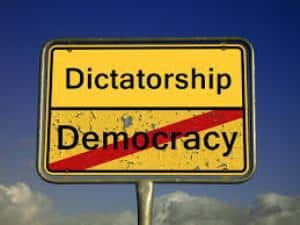 Who is a Dictator?

A dictator can be good as well as bad, it is totally dependent on the fact that whether the dictator is using his power for the welfare of the people or not. This is what matters in the ends and not the fact that the ruler is a dictator.

There are mainly 2 types of dictators, that is a good dictator and a bad dictator. For example, King Ashoka who ruled the Indian Mauryan Empire was a very respected king. He was cruel as well as a just King and therefore, worked a lot for the well-being of the society.

Whenever we think about dictatorship, we always think about cruel rulers and poor citizens. But that is not a compulsory scenario, like as we saw above, King Ashoka was a very nice ruler or a dictator that is he looked after the welfare of the citizens living under his rule.

Therefore, this makes it clear that not all dictators are bad, cruel or think in a disruptive manner. A dictator basically makes rules according to his own wish and therefore, expects those rules to be followed without further inquiries.

Whenever any country or region is under the rule of a dictator that is when the dictatorship government is followed, the common people i.e. the citizen lose their rights and also proper welfare of the people is not achieved.

There is no law being followed and also democracy is not a part of the dictatorship government system which makes it difficult for any person to put forth his thoughts and ideas that might be beneficial to the society as a whole.

There are different types of Dictatorship for example, the Nazi Dictatorship which was seen in Germany, then the Military Dictatorship in Pakistan where the rule of military prevails, etc.

Features of a Dictatorship Government

There is one man, one party rule where there is no opposition party for any kind of political competition. No one is allowed to form a political party against the current dictator and also no one is allowed to express their ideas or thinking to help develop their society.

The dictator can rule for an unlimited time with no limit over his powers. No one has the authority to question his orders and commands. The people have to submit to the dictator willingly or forcefully which does not matter to the dictator.

When does a dictator gain power?

A dictator will gain power or popularity under certain social conditions. For example, when the democratic government fails to solve all the problems of the common citizens, at this time the people will obviously look forward to a person who leads these people and solves their problems for them.

This leads to the collapse of the democratic government and will in turn lead to the rise of that person who has proper leadership qualities and who has a proper financial as well as socio-political backing.

There are always 2 sides of the same coin and this phrase is applicable for the system of dictatorship also.

The dictator might not always be good and kind towards the people, he might be equally ignorant and arrogant to use his power over the people for his own benefits. A dictator might just be selfish and try to gain benefits at the expense of the citizens’ lives.

This is a highly predictable case and the world has been a witness to such type of dictators who did not care about the welfare of the citizens but just concentrate on their personal benefit or gain.

There can be religious dominance by the dictator to pressurize the local people to adopt a foreign religion with or without consent. This is very rare but not impossible.