Demonetization is the process of withdrawing the legal status of a currency unit in a country thereby rendering it null and void as legal tender.

Demonetization leads to a change of national currency: The accepted unit of legal tender is withdrawn from financial circulation and usually replaced with new notes or coins. Sometimes, a country completely replaces the old currency with new currency. This is called Demonetization.

There are many reasons why countries demonetize their currency despite it being a temporary national crisis:

There are several important international examples of radical demonetization in various nations across the globe.

In the USA, silver as the legal tender of the country was demonetized by the Coinage Act of 1873 and the gold standard was implemented as accepted legal tender. Several coins, including two-cent pieces, three-cent pieces, and half dimes were expunged from national currency.

Subsequently there was a crunch in the supply of the money and this triggered an economic depression in USA. Eventually in 1878 silver as legal tender was re-monetized by the Bland-Allison Act in response to pressure from farmers and traders. Thus demonetization in the USA was quite catastrophic.

When the nations of the European Union officially began to use the euro as their daily standard currency in 2002, it was cited as an instance of demonetization for trade purposes. When the Euro notes and coins were introduced, the standard accepted national currency, such as the German Mark, the French Franc and the Italian Lira were pushed out of legal financial circulation.

However fixed exchange rates of conversion of these currencies to Euros was offered and widely implemented for a long time and thus a smooth transition occurred without any drastic effects on the daily life of the people. This was a successful instance of demonetization.

In 2015, the government of Zimbabwe demonetized the dollar over a period of three months. The Zimbabwean dollar was pulled out of circulation because the country was suffering from over-inflation recorded at 231,000,000%.

The U.S. dollar was then given widespread circulation in Zimbabwe along with the solidification of the Botswana Pula and the South African Rand which were implemented as the country’s legal tender in an effort to boost the flagging and depression-prone economy.

Demonetization has now taken place thrice in the history of Indian till date. The Indian government had demonetized bank notes for the first time in 1946 and thereafter in 1978. On both occasions the stated objective was to curb black money, illegal money laundering and tax evasion.

In 1946, the British government had wanted a negative impact of demonetization to jeopardize Indian trade since it was generating profits and supplying the Allies with resources in World War II. In 1978, the coalition government of the Janata Party  expunged paper currency of 1000, 5000 and 10,000 rupees, again with the goal of restricting black money and curbing the production of duplicate money.

In a dramatic act of rash impetuousness on 8th November 2016, the Prime Minister of India Shri Narendra Modi, in a sudden address on national television, announced the immediate demonetization of all ₹500 and ₹1,000 banknotes of Indian currency to be expunged almost overnight.

The BJP government declared that this would fulfil their objective of curtailing counterfeit and black economy and prohibit the funding of illegal activity and terrorism. The Prime Minister also insisted that this would encourage transparent and limited spending in a cashless economy which would implement his vision of a digital India.

The Reserve Bank of India specified the deadline of 30th December 2016 to the people to deposit the demonetised banknotes in their respective bank accounts which would be linked to the PAN card or Aadhar Card numbers.

The banknotes could also be exchanged over the counter of bank branches after providing identity proof and completing KYC formalities up to several varied limits as follows:

In 2016 the primary effect of demonetization was chaos and panic. In a country a high percentage of rural population it was not easy to access ATMs or banks as there were very few banks in the rural areas.

Due to the ill-planned scheme, the new notes were not printed in adequate numbers and there was a shortage of currency. People died of stress and ailment while standing in long queues. Banks had poor infrastructure and inadequate cash supply to deal with the demand. ATMs had to be restored and modified as the new notes had different calibrations and thickness and could not be dispensed by the ATMs. 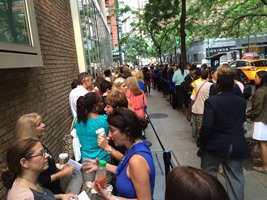 The suddenness of the announcement and its immediate implementation took people by surprise and many of them did not even have proper information. Misinformation rumours and cheating ensued and many people were duped by swindlers who exchanged their money at exorbitant interest rates.

Many people died of trauma and anxiety while others succumbed to accidents and ailments caused by long queues outside banks and ATMs. Businesses suffered as change could not be given for small amounts of money purchase against a 2000 rupee note. There was an overall cash crunch.

Slowly the problems abated but even now there remains in many regions an adequate supply of new currency to be dispensed to the customers of banks. Yet slowly the country is accepting digitalization and people are reluctantly but surely becoming aware of cashless currency.