We have received a beautiful gift from God. This beautiful is life. This life has been given to us so that we are happy and have a wonderful time on this earth. But the happiness that he has given to us can only last till we follow the path which God has made for us.

He expects from us that we always move in the right direction, progress in life and do the right thing in life. If this does not happen, they we have to suffer for our deeds. This can be better understood with the famous saying which is- “what we show, we reap”.

This means that whatever we do, we will have to bear and face the end results of it. These end results can be either good or bad. Everything depends on our speech and actions. Like for example, when God created the first human beings on this earth they were very happy.

They had been given clear instructions from God. But they went against God and followed what the evil asked them to do. Going against God resulted in Adam and Eve getting punished. They were filled with remorse and guilt. They were ashamed of what they had done.

So, this shows that we should always do good things and try our level best to stay away from bad things or refrain ourselves from doing any such activity. If we do any bad thing, we have to bear the consequences someday.

When people are involved in any sort of crime according to the laws of the country, they are punished for the crime when it is proved that are guilty of the crime. One punishment which is very common in the world is death penalty.

What is death penalty? 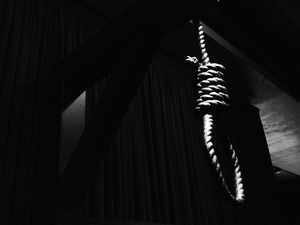 In this punishment the person is sentenced to death. Crimes like plane hijacking and different forms of murder are given death penalty. The murder can take place during kidnapping, shooting or genocide.

Death penalty is not a new punishment. This punishment has been given to the person for their crime from centuries back. This is seen in various historical artefacts and even in the Bible.

Some of the countries still follow the law of giving death penalty to people but there are a few countries that have abolished this punishment.

They do not follow this practice as according to them this punishment is against their human rights. Well, every country has their own rules, laws and opinions for death penalty. For some death penalty is right while for others it is unjust. There are controversies still going on death penalty and is going to last for a long time.

Is death penalty and capital punishment the same?

The punishment for the person is the execution itself. Well, there is a big confusion what both of them actually. But both of them are found to be similar. Sometimes in a few cases both the words are used in replace for each other. In death penalty, there is not always an execution.

Instead of the execution the guilty is given life imprisonment. Moreover, the process of giving death penalty and capital punishment to the guilty is carried out differently.

Cases of death penalty in India

There have been cases of death penalty in India. Some of the cases did not need death penalty but still this penalty was given to the person. Some of the people who are held guilty for any crime, appeal for mercy. The President grants mercy to some of them while rejects the rest.

Sometimes even the women are held guilty for the crime they have committed. There a few of them who pleaded for mercy. But out of the many women only Renuka Shinde’s and Seema Gavit’s request was rejected.

In the past few years Yakub Memon, Ajmal Kasab and Afzal Guru were given death sentence. No one has forgotten the terrorist attack of 2008 in Mumbai. It shook the entire country. After the attack there was still a terrorist who was the only survivor from that day of terrorist attack.

He was finally hanged in December, 2012. There was an attack on the Parliament of India in 2001. Afzal Guru was one of the people who was responsible for this attack. He was hanged in the year of 2013. Yakub Memon pleaded for mercy to the President but his appeal was not accepted and was hanged on 30th July, 2015. He was one of the member responsible for the bomb blasts in Mumbai in the year of 1993.

There are also cases like murders and rapes. There was a watchman whose name was Dhananjay Chatterjee. He was hanged on 2004 because he was responsible for the rape and murder of a teenager.

Should death penalty be allowed?

People consider death penalty as to be very cruel, ruthless and human rights are violated because of this. Some feel that by giving a person death penalty, they are going against the human right of the people. Sometimes death penalty has been given to people where it was not even needed.

For someone else’s crime, the other person had to lose his life. If the person who has committed the crime by murdering another person or killed by some other way, it is not necessary to take their life too. We can give them some other punishment to teach them a lesson for committing the crime.

Sometimes it is not needed to treat them the same way they have done to someone else. Even though the person committed a crime and he needs punishment, the family who has lost someone will not be healed because of the crime. By giving the person death penalty, the family will not get back the lost person.

Some are for the death penalty to continue. According to them the crime which is taking place in our society can be stopped by death penalty.

Wherever people still follow death penalty, everything is done by a legal process. These people believe that a person who has taken the life of another person by murdering them or by any other method must also undergo the same thing. This is the reason why death penalty is given to such people.

This will give a lesson to those people who commit crime by taking away other’s life. If they know what will be the result if they commit such a crime, they will stop involving themselves in these types of crime. This will further help in reducing the crime everywhere in the world.

If we do this moral order will be maintained in our society. Despite the different opinions on whether death penalty should be continued or not, these controversies will still continue later too. But instead of this of focusing on this, we should take the initiative to save people’s lives and stop people from committing.