Essay on Is the Death Penalty Effective? 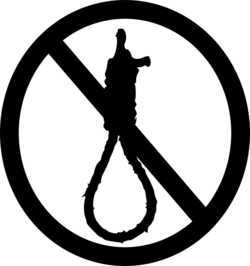 What is penalty? Right from not obeying your mother’s instruction and getting scolding for same to the sanctions put on countries which disobey an agreement or treaty. Every reaction to any deviance from the expected outcome comes under the radar of punishment.

Every society or institution is based on rules regulations and norms to ensure smooth functioning of the system. If anyone breaks a law they are considered for punishment and sanctions. The whole purpose of these is to instill fear and deterrence so that similar act is not performed again.

Here deviance is a very broad term. As it includes petty issues like not doing one’s homework to participating in acts that are threat to national security. Therefore, depending upon the harm caused, the penalty is decided and imposed.

No society across the world is free of crime. Be it the property disputes, theft, violation of a business clause or personal attacks in the form of murder, assault, kidnaping etc. Every social system works to contain and limit these crimes for maintaining harmony in a state.

That is why we find some formal or informal law and order enforcing agency at every level. It is here that punishment or penalty are thought to act as restraints. At a micro level like family punishments are menial. But at macro level to decide upon kind of punishment to be imposed a judicial set up is required.

Degree of damage or intensity of evil are considered while giving sentences. This restraint includes imposing huge sums of money as fines, imprisonment, corporal punishment, banishment from territory and even the death penalty.

Death is the most feared of all things a human can ever experience. Death penalty is not a new way of deterring a crime. As death is end of a person’s existence even in traditional society it was a preferred way of punishing. Back then the rule was “eye for an eye” and this was unquestioned as repressive laws dominated.

Both of these are, to some extent, are valid purposes and send a strong message to anti-social beings in society. Many argue “harsh crimes merit harsh punishment”.

So, we find support for death sentence in cases of heinous crimes like rape, mutilation, mass murder, child abuse and terrorist activities. It is not unjust but have to be used very rarely. As the threat of severe punishment certainly does dissuade potential offenders.

Death penalty should not become the norm to curb crime and ensure deterrence. There are many vantage points to look at this controversial, costly and divisive issue. Firstly, there is no credible data supporting the fact that capital punishment has been deterrent and avoided similar crime that led to conviction.

Second as the civilized world prescribes under restitutive mechanism of justice death is the last option, more preference is given to corrective measures and rehabilitation of convict. Every person has right to life as per natural justice, one must not be forgiven for atrocity caused by him but a chance to repent, regret and change should as well not be ignored.

In case of death sentence the above cannot be done as there is no return after one dies. Thirdly human rights of convict are considered. What if an innocent being is trapped and convicted would it not be absolute grave thing to declare death penalty in such a case.

Are we confident of judicial results? Can it not be misused by people in power? Death sentence once executed offers no way of correcting a wrong judgement? Fourth encouragement of death penalty leaves entire onus of the offence on culprit, ignoring the reasons that led to his actions.

The role of society, dearth of resources, inequality or exploitation many such social issue might have turned a normal man into criminal. Thus, retrospective reflection on system is undermined with such punishments. Also, the sense of injustice caused can in turn breed more violators in protest.

Fifthly, the definition of grave crime termed rarest of the rare which can justify the death sentence is very subjective and left to discretion of the judges. Cases of mass murder and crime during riots cannot be equated to child abuse or gang rape. Each case has its own set of circumstances to consider.

Every victim can justify their loss as grave, or the number of people injured in the crime may be used to explain the death sentence. As judges are also part of same society they are affected by demand and expectation of the people, which impacts neutrality of their decision.

Media also acts as pressure group and indirectly influence the judgement. So, it is immensely difficult to demarcate what deserves capital punishment and what does not.

Sixthly, every death sentence is an incredibly costly affair. As cases resulting in death sentence are challenged at every judicial level. From district to high court and then supreme courts of a country. Likewise, these cases end up spending years in various legal appeal, additionally eating up on time of judges, prosecutors and defense lawyers all at the expense of taxpayer’s money.

Consider terrorist activities for instance where we see growing number of suicide bombers, these mass murderers typically expose themselves to far greater immediate risks. So, chances of execution many years after committing a crime if caught would not influence the behavior of such sociopathic deviants. To answer Is it effective for suicide bomber? Surely no.

With little reason to continue this practice, death penalty is certainly an ineffective deterrent. Also, it has high monetary, human and social costs involved. Crime, atrocities, anti-social activities can be better curtailed by fixing the gaps in social system.

Working towards preventing crimes before they occur, which calls for high end policing. Giving more focus to initial violation, and treating criminals as humans with scope of change for good and improvement. It might prevent repetition of offence by the convict but cannot ensure absolute deterrence.