Why College Education is Important? 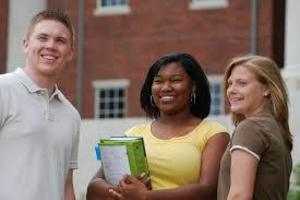 It was mostly the family who was responsible for basic education. Very few people got a chance to pursue what interested them. With the advent of formal education system like in India, in the form of Gurukuls this changed. Children turned into students only (or shishya) and got indulged in acquiring knowledge of diverse fields from designated teachers called Gurus.

One guru taught it all from religious philosophy to warfare tactics. But due to stratification of society along caste lines and prevalent inequality not every child could break free and be educated. Educated were termed learned people back then and highly respected. Higher learning centers were developed in ancient period for scholars like Nalanda, Taxila etc.

With the dawn of modern society, the value of education was understood by all sections of society across the globe. Thus, formal institutions like school and colleges got established for imparting education with dedicated staff of teachers.

The purpose of school is to introduce children to basics of all the subjects ranging from numeric, literature, science to social studies. Schools are closed system with strict norms. Usually schools bring together students from similar social and economic background.

At the end of schooling a child is such that he knows to take order and work but is not proficient in any specific field. The next level which is College Education is very important as it directs life of an individual in particular direction. College studies is opted by a child as per his interest. College is more than just an educational institute.

College education makes one undertake detailed study of a chosen subject. Different dimensions of the subject and various perspective given about it needs to be studied voraciously. This makes a school pass out from “jack of all and king of none” to a near expert of one’s field.

With growing specialization and division of labour, the need and focus of education has turned very employment specific. Colleges offer a number of courses not just as per student’s interest, but also to the growing industry demands. Colleges lay down opportunity for life, not just after school but also for anyone eager to learn and grow at any point in his lifetime.

Colleges and the kind of education offered is evaluated and ranked at different levels. Thus, good colleges and university are important for a country’s image. More the number of people going to college and in tandem earning well, better it would be for raising standard of living of major population.

An individual learns many interpersonal skills in college. An individual meets people from different walks of life, belonging to different class, social and economic background. Apart from studies higher education institutes open up a range of areas and experiences.

From exposure to politics at college level to association with groups and clubs pertaining to various ideologies. Here an individual is not bound by strict rules and regulations like school.

With a credible degree at the end of college, a person turns into a resource for industry, ready to be absorbed in relevant job market both at national and global level. College passouts have higher and wider range of opportunities. They are more informed and aware.

Most of them join workforce of the nation, thus contributing in its development. They are an asset for the nation. They can overcome their social and economic background and make an identity for self. They often land up earning high paying job compared to those who are only a school passout.

Most of the leaders are polished during college and they develop skills to be politicians, bureaucrats and entrepreneurs of future. Some college passout excel in their stream and go for post-graduation courses followed by research work. Thus, they are more likely to do innovations and bring fame to the nation in various fields.

Similarly, successful people in unconventional career like art, music, modelling, acting, Radio Jockey, social work are shaped in college time. The college level fest and meet up bring out creativity of individuals and uncovers their talent. In college people become more responsible of their action, decisions and work.

They transcend into maturity and think about society at large. Concerns and conversation of college level persons involve not just local matters, but also national and international dynamics. College provides firsthand experience of dealing with people with different habits, belief system, attitude and aim of life.

It instills teamwork and bonding among students. Faculty in colleges have multifaceted role and inspire student with engaging teaching styles. Professor become mentor not just for subject but for life skills. In college one becomes aware of both rights as well as duties.

Understanding of world at large and broader thinking is incorporated. A college pass out is far more self-confident, risk taking, hardworking and active in general. In college a person is on his own hence self-management skills are developed.

Qualification earned from college has more than just the monetary reward earned from salary that a job gives. Experiences, enlarged circle of people with similar interest, skills and talents developed should too be considered as gain from college life. Therefore, college is very crucial for comprehensive and holistic development of every individual.