All over the world we have the system of justice. There are various norms and conditions of a country. The citizens must follow it. These are the norms that maintains the discipline. Every -thing has a code of conduct. Every- thing has a way of proceeding.

If these norms are not made or not put into action then it would create disorder. People need discipline to lead their life. The justice department of the country take holds of this responsibility. They are responsible for the maintenance of peace and order. They are serve people whenever they need in terms of justice.

Every crime requires different methods and approach. The demand of evidences varies from crime to crime. The need of seriousness and attention also vary.

They don’t wait for any instructions. The crimes that come under this category are robbery, rape cases and murder. These are very severe in their nature. The culprit is under un-bailable custody. In this case the police must file an F.I.R first. F.I.R stands for first information file. It is mandatory to write first information file. 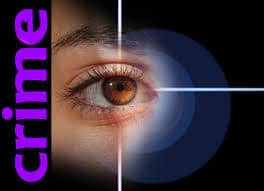 These offenses carry the sentences of 3 years or more. It can go up to death sentences and life imprisonment. There are number of examples in this kind of offense. The recent one, is the case of Baba Ram Rahim Singh. He was the owner of an ashram named Dera.

He had killed number of people inside his ashram. He was a fake personality. He used to exploit and plunder women. He himself used to do the harassment. He used to kill people and bury them inside the ashram itself. All his ill deeds were caught through a letter.

The girl did not reveal her own identity. But she exposed Ram Rahim Baba. This letter was published in a news-paper so that the whole world is aware about it. The very next day the editor of that news was found murdered. This was not any coincidence. This was his real nature.

He got punished for the rape crime. He was sentenced for 10 years in jail. This was not the only case. There is the case of murder also going on him. He will get the punishment for this soon. Then there are several other cases. The case of rape is very common.

The gang rapes are happening in every other city. The deadliest case was of the victim named Damini. She was gang raped by seven people at a time. Not only she was gang raped but also, she was brutally left on the road. She was thrown out of the bus where the incident took place.

They had torn all her clothes and threw her naked on the road. This is the inhuman tendency of the present time. The people have become like animals. They are no longer left with any kind of feelings or emotions. People are losing faith in humanity. There will only be doubts in the mind of the people. Nobody would be able to trust anyone. Nobody would be able to help each-other. There is no safe place for the women of the society. Every place is like hell for them.

Not just the police have to write the first information file in these cases but also to give the copy of it. At times, it becomes necessary for the police to catch the culprit. They can bring harm to others as well. The police can investigate without the magistrate’s permission.

The non- cognizable offenses are those which are not severe in nature. They are bailable. The culprit can free himself from the custody. He can do it with the help of the lawyer. The crimes that come under this category is public nuisance. Forgery comes under this category.

Cheating comes under this category and teasing too. To start an investigation under these cases the police must take the permission of the magistrate. It is important to know the severity of the crime to categorize it. Cognizable offenses are life threatening.

They spread terror and sense of fear into the people. The rate of the crimes is increasing day by day. This is not the good news. The government will have to take care of this issue. The justice should be provided to the victims of this crime. The punishment given should be such that, that it fills the criminals with terror. They shall never think of doing the same thing again. Not only the criminals but also it should be deeply seated into the minds of everyone.