To be clean is to keep ourselves as well as our immediate surroundings in a formidable state, i.e., free from any foreign substances that may disrupt our peaceful and hygienic survival.

It is very appropriate to say that “Cleanliness is next to Godliness”. This proverb was first used by John Wesley in 1778, however its origins runs back to ancient Babylonian and Hebrew texts.

What is it to be clean?


Cleanliness can be broadly classified into two broad categories:

Personal Hygiene – This refers to being clean in the bodily sense. Involving brushing, bathing and personal sanitation. This is extremely important for the prevention of various sorts of pathogenic diseases that are increasing day by day due to increase in Global temperature (which favours growth of such insects and parasites).

If we do not maintain proper personal hygiene, we may end up spreading various diseases to our loved ones as well as to the general population, which in the worst case may even induce a widespread epidemic.

Environmental Hygiene – Just like personal hygiene refers to keeping one’s body clean, environmental hygiene is the practice of keeping the environment around us free from any sort of hazardous substances which may result in the disruption of the ecological balance and might distort the food chain leading to a more or less apocalyptic future where we will be left with no option but to get annihilated along with all other species.

The environment just like anything in the world loves to stay in a state of homeostasis and that includes proper waste disposal and management. Often times, due to pressure of population on the environment, we tend to neglect the most important aspect of healthy living, namely Waste Disposal and Management.

It is extremely important to our survival, more so in this era of rapid industrialization, when we are being surrounded and getting chocked by a plethora of toxic substances as a byproduct of industrial processes. Many factories dump their waste (which is often untreated) straight into large water bodies.

This causes the aquatic life to be polluted too, which in turn threatens human life when consumed causing a superfluous array of diseases ranging from paralysis to fluoride poisoning and eventually to death. 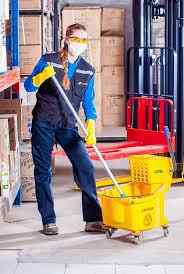 Although we are trying, we have still not achieved a creditable level of neither personal nor environmental hygiene.

What can be done?

Various steps are being taken up by individuals as well as administrative bodies to mitigate the problem of uncleanliness:


The fact of the matter is that even after seven decades of independence, we have not achieved the goals that we set for ourselves.

We have lagged tremendously because of the factors of red tape as well as fund drainage due to legislative loopholes. If we want a healthier and cleaner tomorrow, drastic steps have to be taken immediately or else Mother Nature will retaliate in its most ferocious form crumbling all of mortality into non-existence.