Which is the cleanest state in India?

Madhya Pradesh is the cleanest state in India. Swachh Survekshan, a survey that estimates cleanliness efforts put in by municipalities of respective cities declared Indore and Bhopal to be the cleanest cities in India. 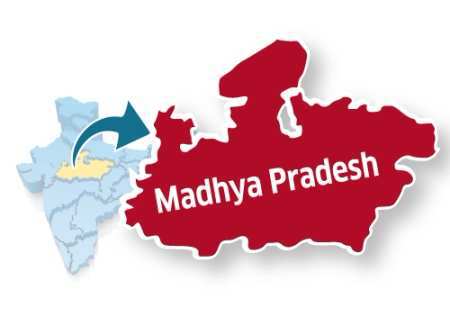 This is a massive survey carried out by the government to calculate the cleanliness maintained in all cities of India.

Factors that make MP the cleanest state in India

Cleanliness is next to godliness goes the famous saying. When the government started the Swachh Bharat initiative, every citizen of the country was left wondering how India can be turned into a clean country when there is so much filth and pile of garbage lying on almost every noticeable street in India.

Slowly the campaign garnered mileage and today we have volunteers from every part of the country working on weekends to clean up cities and turn them into litter free zones.

As part of the government initiative, cities were categorized annually based on clean cities, partly clean cities and those that could improve and then the dirtiest ones.

Every year surveys were carried out to rank the cities in order of cleanliness maintained in their respective cities.

Government officials were deputed in groups to carry out surveys based on a number of parameters and the municipalities soon set in action to bring forth and highlight their city as the cleanest city.

These efforts from municipal authorities in MP garnered much light, and we can find many cities in MP making it to the list of the cleanest cities in the country.

Garbage and solid wastes account to majority of the wastes in big cities and proper disposal methods were tracked to get rid of them in the proper way.

Scientific methods of garbage removal led to handling wastes in an effective manner. Good communication between the pourakarmiks and the government agencies led to better working conditions for sweepers and cleaners.

The highlight of the Swachh Bharat campaigns carried out in the cities of MP was that of active citizen participation.

The government collected feedback from citizens. They tried to understand their problems. They made sure to address all hindrances that did not let in a safe and clean waste disposal method in the cities.

A proper model was not only designed, but the existing methodologies were integrated into the new model, and they were all combined to bring in a clean and hassle-free way of removing garbage from cities.

Volunteers and citizen participants were encouraged to be part of these drives. The Prime Minister has in fact lauded the efforts of groups of government officials who played major roles in bringing these implementations into force.

They invited citizens to be part of their initiatives, they issued them feedback forms, and they made sure to hear each and every plea raised by citizens.

Problems addressed, issues solved and finally in 2017, MP made it to the top most rank in the cleanest states of India.

The cleanliness model implemented in MP should be an example for other states as well and government officials should take action and bring in strict enforcement’s against those who bypass law.

Technology, in many places, like the use of CCTV cameras was brought in to catch culprits who threw garbage at unauthorized points.

Those who were caught red-handed for open defecation were warned strictly. Showing photographs of cleaned places, before and after they were cleaned led to transparency in activities and people began trusting the government’s words in their efforts.

Scientific implementations, use of the right tools and practices to effectively remove garbage and most of all, a healthy attitude to maintain hygiene in one’s surroundings worked wonders for MP.

We should all volunteer in our own cities and spend a part of our weekends trying to maintain cleanliness in our surroundings and educating our neighbors about not littering on roads and throwing garbage here and there.