Good morning to the honourable principal, teachers and all my dear friends.

I am here to present a speech on Children’s day. As we all know that 14th of November, the birthday of Pandit Jawaharlal Nehru is celebrated as Children’s day in India.

Pandit Jawaharlal Nehru was elected as the first Prime Minister of the Independent India in 1947. He was a strong man of moral character and intense love for the weaker sections of society. Since India had not developed economically as a nation for more than 200 years without a government in the hands of British rule.

They exploited the country to its cores and extorted the weaker sections of society. So there was an emergency for reformations of the poor and the needy. Nehruji introduced the first Five-Year plan in which more than 27% of the total funding went to irrigation and energy production. He believed in the people of India. 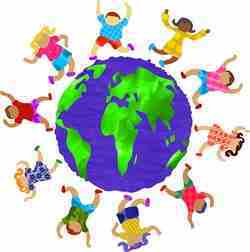 He was popularly known as Chacha Nehru because of his loving and gentle nature. He had a soft corner for children and youngsters.

These are now competent in the world ranking and all of us dream of studying in them. Let us be grateful for the passion Nehruji had for education and knowledge.

He acted out of his convictions for the welfare of the people of India. He spent much time knowing their grievances and solving problems from the grassroots.

His five-year plan included free meals including milk to the school children because the malnutrition especially in rural India was so widespread that innocent and blameless children were suffering because of it. This kind of relentless efforts registered him in the pages of history and we now celebrate his birthday as “Children’s day”.

Children are the most precious assets of any country. The reason behind it is simply this – they are capable of infinite capabilities.

Let me illustrate my point with a short story

There was a circus setup. A visitor saw a huge elephant tied with a small and fragile piece of chain. He thought to himself, “Why would this elephant not break the chain and roam free? Why does he live bound with such a weak piece of steel?”

He found the ringmaster and asked the same questions. He was so perplexed and thought ill of the elephant. The ringmaster broke his silence and narrated the following story. When the elephant was still just a newly brought in baby, he was tied with a very strong chain on his legs.

He tried so fervently day and night to break that cursed piece of chain but it just would not relent. He started thinking to himself that maybe he’s not strong enough to break that thick and strong piece of steel.

He tried it every day for months but to no avail. He failed each time. Finally, this made him convinced of the fact that it was impossible for him to break it and he wasn’t strong enough.

Friends, so many times in our own lives we make the same mistake as the strong and failed elephant who gave up far too easily. We try hard sometimes but when it doesn’t work out we leave the battlefield and go into hiding behind the veils of our own fear and disappointment.

But this is the day to remember that in spite of trying and failing again and again, Mahatma Gandhi and all our national leaders including Chacha Nehru brought freedom to our country. But to sustain that freedom we children need to dream big. Even when all odds are against us, there will be a day that will come forth as light and everyone will see and know the infinite potential that lie within each one of us.

I just want to conclude with the following quote by the father of  modern Physics, Albert Einstein :

“You never fail until you stop trying.”