I pulled out the dusty white cloth from the window and the high glistening rays of the sun met my eyes. I blinked. I had to force open the door since it had been locked away for years now, almost choked by the thick dust layer on everything. The door gave way opening with an eerie creaking sound as if it’s welcoming its owner after a long time. Yes! That was my room. Just as I had left it.

As I entered I noticed the nails coming out of the wooden floor boards. Water marks on the designs made on the walls, where a drawing was still stuck there. Coming closer to have a good look at the picture, I kept standing there and my mind travelling twenty years back from now when I was a free bird, creating my own dreams within these four walls. I kept standing there and memories and images just flashed before my eyes like a ripple.

“Most of our childhood is stored not in photos, but in certain biscuits, lights of day, smells, textures of carpet”.

The paradise of childhood days is a memory now for me. Those were wonderful days and I remember them at times like glorious dream from which I have just woke up. 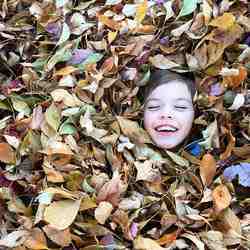 I do not remember everything that appealed to my childish fancy in those days, but I distinctly remember our old house. Only a few years ago the house was in completely different surroundings. Now huge buildings have risen around it and they have hidden a part of the sky at which I often gazed.

I have no brothers, no sisters, so I had to play all by myself. I was a shy child and that was why I was confined to our house most of the time. I often looked at the sky through the window and at night gazed at the stars for hours together.

My grandfather was an old man and I found in him an enthusiastic friend. Whenever I was in any difficulty I used to run to him for help. I was a little afraid of my father. He seemed somewhat stern and aloof however found unexpectedly tender at times. He would come home with a toy gun or a big round top or a box of chocolates and call out for me with a hearty shout.

My mother looked after my studies and in the morning and in the evening I had to spend a few hours with her. She was very affectionate but as I was very indifferent to studies in those days she often rebuked me. In the evenings I often sat by my grandmother, and listened to her stories. In this way I learned the stories of the Ramayana and the Mahabharata. She also told me stories of ghosts, witches, pixies, magic lamps. Some scary movies backfired when I went to sleep. I used to think about it and then get nightmares.

But those happy days soon came to an end. I was admitted to a school and I had to follow the tiresome school time table; but soon I was used to it. In school I had a number of friends from whom I learned how to fly a kite and for some time it was an occupation for me leisure time.

But I outgrew this hobby within a short time. My uncle used to work in an office in Calcutta and he often brought me stamps of different countries. I began to collect them and today I have an album containing more than two thousand stamps

Of all the festivals I like The Durga Puja most. It was celebrated in our house. All our near and distant relatives used to come and stay with us for few weeks. Those two weeks were the most exciting part of my life every year. I had a number of playmates, and nobody asked me to study. I received fine clothes and gifts from everybody, because I was the only child of my parents.

Even today the puja is celebrated in the same manner, but it is strange that I do not feel the same enthusiasm anymore. The glory of those childhood days has departed. The house is empty, maximum relatives do not visit anymore and those who do it half- heartedly. People are busier in visiting themed pandals than attending a family puja: a ritual that has been continuing for days.

When I was ten, my grandfather had a heart attack. The best doctors treated him, but he did not survive. I loved my grandfather very dearly and his death came to me as a rude shock. I still remember his death; an I have not yet fully recovered from the shock that I received at that time. This seems to only painful memory of my childhood days.

I realized that something cold on my head, with this I was brought back to reality. Water was leaking from the roof cracks. I suddenly felt a pang of pain realizing that the reality of what I have lost. Those glorious days. That innocence. That pampering. Visiting my old house had filled me with nostalgia. I placed the picture in my pocket and closed the door behind me.

The world is such a tiny place. “some infinities are more than other infinities”. And this memory of my childhood will stay on forever, etched clearly in my mind.

On the whole the days of my childhood were very happy. And I often wish to be a child again. But “Time and Tide waits for none“, hence I know those days are gone forever and they will never come back.