Along with study the other thing which holds a great position in conditioning a person’s personality is games. Games play an important role in maintaining a healthy mind, body and soul. Various games provide benefits in many ways. Some games involve a lot of physical movements.

These people have orthodox point of view. But they are very wrong in their thought process. Yes, there was a time when the games were given not much preference. But the time has changed a lot. There have been so much of modifications and developments.

We are still discovering new things every day.  There are some modernization in our living style. Everything can be taken as a medium to prosper in the future. Every-thing requires hard work to achieve the success. It is not that only education requires hard work. Games require these things equally. 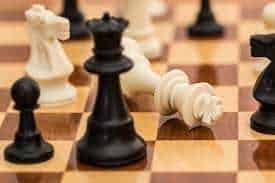 When we study we pay all our attention to it. When we play then also we need to have the concentration and attention. Games require physical stamina. It is the best way to keep a person fit and healthy. Whenever we look at a player or at an athlete we can find them healthy.

Each and every step that we take in this game is very important. Going onto the history of this game we can find some interesting facts. This game is almost about 1500years old. This is a really big time. This shows that this game has its emergence from very old era. It is not at all a new game. We have examples of it being played by the kings and the queens.

This could even have been a royal game to play since it was played by most of the royal people. This game is for all. It is not that only some people can play it. The thing is that it requires more of attention and intellect. People should be ready for any kind of changes in the game.

Not only they should be ready but also they should be able to retaliate to the changes. There are some clever moves to be taken in this game. It is believed that it was first originated in India. This game shifted to various other places. One such place is Persia. It is also believed by some of the people that this game emerged from China. But there are no strong evidences to prove this fact.

The platform which is square in shape has small square box evenly distributed throughout the platform. The squares inside the platform are of two colors. They are in white and black color. Two people at a time can play this game. The two parties have their share of the pieces of the game through which the game is played. All the material is either of black or of white color.

There is a king in this game which is to be killed. The player who is able to kill the king of the player wins the game. In the history the chess was largely taken up by the Muslims. This game can be played at any point of time. Whenever we are free we can play this game.

Those who play chess are said to have a higher spatial ability. The chess board is almost equivalent to battle field. The players have to be alert about their every move. One can feel the battle going on. Though it does not have any weapons or the armors but the playing pieces are the weapons. There are soldiers, horses, camels in the game. Each has their own way of taking the step.

We have many great players in this game from our country. There is this big game player Vishwanathan Anand. His name is also there in the world record. He is one of the greatest player. But the unfortunate thing about that is our country is not able to give them their worth.

They do not get enough opportunity to excel and to move ahead. This is the reason why he left India and took the citizenship of Russia. Hence this game is a good pass time. Chess is a game which requires experience and practice to get good at.