Human beings are effigy of flaws and strength. He/she is never pleased with what they have in hand. Rather the lust for more and the better keep on driving them. Though the key to innovations and inventions is this none satiable desire. Physical world is drove by these desires, tends to become more hi tech place to live in.

But from within each living being, on this planet has desire to change. Changes from what they actually are; to someone else they wish they could have been. Sometimes the entire change from species to features are desirable. And sometimes its few or one attributes of one`s character that he/she wishes to reform.

The flaws list first comes to mind when given the option for reformation of oneself. Talents everyone likes to treasure. Seems I am no exception to the aforesaid rule. If I am given the chance to change one attribute of mine, I will go with my habit of forget fullness. This particular habit of mine has put me in critical situations many times.

Recalling my schooling days, it was the first day of reopening of school after the summer break. I   am supposed to take my school science model for assessment. I spend most of the holidays  making the model, putting in all my efforts in its functionality .

Then when the final day arrived; I forgot to take it to school. The teacher has already announced in class who will bring the model on the very first day, will get an extra 3 marks.  I being an obedient student should have taken it. But came into limelight my habit of forgetfulness and I left it forgotten, wrapped on my table. Leaving to catch-up for my school bus.

It’s not that those 3 marks alone would have made me topper or fetch some extra merits for me. But it was as if the beginning of saga to follow. Every now and then something or the other would be   forgotten which will lead me into one or the other trouble. 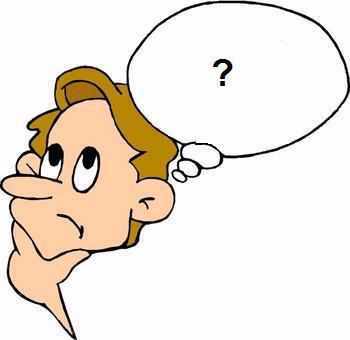 Sometime it would be not getting the report card signed by parents. At other occasion it will be reaching to science laboratory without laboratory coat. The consequences to follow thereafter   were punishment of standing outside class onetime.

Other time I am made to skip the experiments, to be down by students themselves for not being in proper uniform.

This flaw reached its height when I forgot to take along with me my admission slips for board examination. In hurry I forgot to carry that along with me while getting down from my dad`s car who had come to drop me on the center.

As a result, I was not allowed to enter the examination hall. I stood outside my examination center in utter despair. Then the ray of dawn flashed when I saw my dad`s car approaching me from quite a distance.

It was then, even my family realized how serious is the issue. I made visits to doctors for the expert advice and all the home remedies followed to sharpen up my memory skill. Abacus mathematics   improved my memory skills on my problem.

With passage of time the attribute of mine cured to quite an extent. All thanks to my grandmother`s remedies of apricot milk, almond and sugar concoction etc.

As a human nature One doesn’t learn to live up with shortcoming. They only find ways to do the same. When given the chance to alter that shortcoming,  they feel like doing so  into it blind folded.

Same is the case with me. Once I am given the chance to alter this shortcoming of mine I will be on cloud nine. It seems the whole world will undergo a great change for me once I am not such a forgetful person anymore.

Though this flaw always doesn’t have negative impact on me, it has fetched me positivism too around me. I use to argue, quarrel with my near dear ones at time and after while I am normal with them as if nothing has ever happened.

This brings about so much of positivism in me that I have no enemies to count on. The world around me seems to be full of people to care for me. At least I do live with this beautiful feeling encompassing my heart.

I wish, I could have better memory, so that wouldn’t have missed school picnic. I did as I forgot the picnic day and kept on sleeping considering. So many other occasions have made me feel that lucky are the people who forgets less.

But its god, who decide who is to have what in his/her characteristics. But given a chance I would like to live up as more learned and as a person with stronger memory skills.

Memory and speaking skills are what made human a super race over the other living species. In case someone suffers from flaws of this degree, one is bound to feel left out from the rest. To overcome the shortcoming of dumbness, sign languages have developed and practiced world-wide.

But to overcome the memory shortcomings a lot more need to done. May be that day is what I am waiting for. A day well spent without repeating my most spoken words of till this date ‘’ oh my god! I forgot to do this or that. Will try to remember this in my future”.