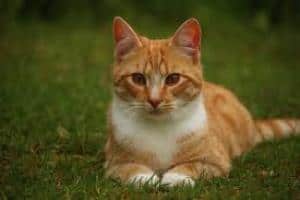 Cats are one the most beloved animals in the world. They’ve been used as companions and pets since early times. According a UK survey, cats are the third most popular animals to be kept as pets, after dogs and fishes.

They’ve been blowing up in social media as of late with videos and pictures being flooded in by the minute. They are cat’s memes literally everywhere on the internet right now.

But how much do we really know about these creatures? Do they come with any hazards? How is it exactly that they came to be domesticated by humans?

The current domesticated cat is believed to have evolved from the wild cats. There are various theories on how they came to be domesticated by humans. One is that they were taken in by humans to control the rodent population in their residential areas.

But that theory is irrelevant since cats are not exactly known for carrying our commands. In this case, ferrets could have been more useful. The other accepted theory is that, cats just moved in with the human populated areas, and their presence was simply tolerated by people. This is the more widely accepted theory.

Ancient Egyptians are believed to be the first to domesticate and revere cats. There are ancient depictions indicating the same. Adding to that, dead cats were buried with rats and toys, since the people believed it will help them in their afterlife. Egyptians even had a cat God, Bastet, whom they worshipped.

Cats have also been a part of many superstitious beliefs. A black cat crossing your path is still seen as bad luck by many people. These ridiculous beliefs are attributed to the use of cat skin, fur etc. for witchcraft. Though now, these beliefs have been somewhat diminished.

Cats are a part of the feline species of animals. They have been known for their independent nature. Unlike dogs, domesticated cats haven’t undergone major changes from their wild counterparts, leaving out the size part. Domesticated cats are still capable of surviving in the wild, owing to their agile nature, instincts and survivability. Cats are believed to have 9 lives, though in some parts of the world it is believed to be 7.

This belief has its roots because of its ability to survive in extreme conditions. Cats also have the righting reflex, a reaction triggered by a cat’s body when it senses that it is upside down during a fall.

Cats are carnivores by nature. Wild and stray cats mainly live on rodents and small mammals. Cats have even been seen hunting birds. Domesticated cats too can barely contain their natural instincts, as they still will hunt and kill rats etc. But it’s becoming more and more uncommon due to the array of cat food products available nowadays.

Cats are very close cousins of big wild cats like lions, tigers, leopards, jaguars etc. They are still very similar to these wild cousins, retaining the instincts and behavioural patterns.

Though they are solitary hunters, domestic cats are pretty social. Their prolonged affiliation with humans has changed their nature over time. Cats communicate with a series of meows, purrs, hisses etc. Their body language too can be quite complex. Rising of the tail can be a sign of friendliness while a cat flattening its ears depicts hostility. Even among cats, there is the concept of seniority and superiority.

Cats may also form colonies under the right circumstances, which may vary from a handful of cats to a large number of these felines living together. Cats are now famous on the internet for being too human-like.

They exhibit grumpy behaviour and are often accused of not caring for their individual owners. But in reality cats are quite loving and caring. They may not often portray these emotions, but they do mean well.

Society is now progressing with its ideology of cats. There was a time when they used to be burnt alive in some parts of France. They believed that by doing so, they are warding of evil.

One of the more famous superstitions is that you must not walk ahead if a black cat crosses your path. But now, black cats are sort after, for their looks and aesthetics.