Cashless India is an initiative of the Government of India to promote paperless economy. From time immemorial, man has been engaged in the practice of exchanging goods in return for other goods.

In today’s world this crude barter system has been replaced with the introduction of paper currency. And in this age of modernization, cashless transaction forms have replaced the conventional paper currency.

What is cashless transaction? 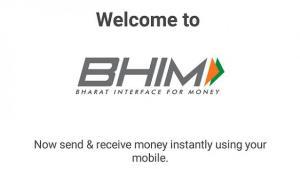 Cashless transaction in today’s world is a moniker for convenience. It does not require us to carry currency notes, thus relieving us of the tension of misplacing it.

Often times, people in hurry forget to take the balance cash after buying something; this can be eliminated by the use of plastic money and other cashless forms of transaction.
In India, however cashless transactions are not as popular as the rest of the world, however we are catching up to the pace quite rapidly.

Lots of people in India, lose their cash in crowded buses and trains due to pick-pockets. This possibility would have been eliminated if they use credit/debit cards which can be blocked immediately.

India is a developing nation with growing power and resources. However in the wake of this power, some crooked and corrupt people also rise up.

Cash is a wonderful means for such dishonest individuals because, cash is a physical form of currency and so it can be hidden and stockpiled.

These people earn cash money from illegal enterprises, and do not deposit it in bank, neither do they declare them in their income tax statements, as a result, this money inevitable gets the tag of black money and does nothing but robbing the exchequer of its deserved tax.

But if they follow cashless means they can always be tracked because a cashless transaction can never be done anonymously.

In this rapidly growing world of industrialization, and modernization, time is money. Therefore real-time monetary transaction is of utmost need.

Businesses can flourish because of this convenience of transferring money to individuals with seconds, through the use of Net-banking, NEFT/RTGS.

Today internet has brought the world closer than ever, so much so that we call our world a global village. And in this global village money needs to be circulated not only within our close proximities but also around the world.

Cashless transactions through wire transfer can send money between individuals separated my hundreds of miles transcending land and oceans.

Labourers who leave behind their families in villages, going to cities for jobs can easily send money to them in faraway remote areas by using bank transfer, mobile wallets, etc.

Printing of currency notes will also reduce resulting in reduction of overhead paper loses and also will reduce inflation.

Paperless transactions will also ensure minimum losses of our nation’s economy to go and get collected in foreign anonymous bank accounts.

Red tape is one of the most hindering factors for getting any work done within the government.

Activities like tax filling, audits or just simple railway reservations required going through multiple layers of red tape that extracted bribe from us at all these multiple levels.

But if we take the cashless route, we can get our work done by applying online and paying the fees for the same through online transaction modes using Credit/Debit cards, or Net-Banking.

Physical currency notes, just like any physical entity has a lifespan and is subject to wear and tear.

Currency notes due to excessive handling might get soiled or torn in the long run and can therefore be rendered invalid thus causing a problem for cash transaction.

Cashless transaction uses virtual money pool, and does not use of any physical cash, so there is no problem of losing one’s money.

Forgery is a big issue in today’s age of widespread global corruption. Fake notes are an extremely popular means adopted by tricksters and grotesque individuals.

Since the general public cannot tell the difference in first glance it is therefore easy to get into circulation that adversely affects our economy. 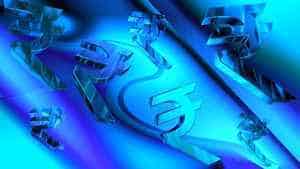 Recently, the government has been very prompt in eliminating excess cash transactions.

It has introduced various checks for transaction of large amount of cash like PAN checking and ADHAAR checking.

At the same time it has eased the norms on cashless transactions thus pitching for a ‘Cashless India’.

Just like anything else in the world, cashless India also has a very few minor disadvantages. The only major disadvantage of cashless transaction is data theft.

Hackers and forgers on the internet are always in search of weak security systems that they can penetrate and wipe out our cash. This can be actively prevented by use of updated hardware and prompt security systems.

Cashless India is a superb thought and initiative and is a very important step to becoming a stronger and enriched economy.

It will eliminate all the miscreants in the monetary system and will make business grow which will result in nothing but prosperity.