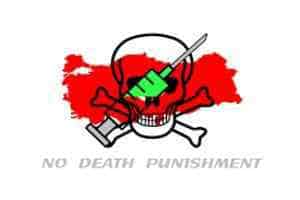 Human rights activists vouch for its total abolition. But is total abolition a solution? Will people stop committing heinous crimes towards other beings? The answer is no. There would be no fear of law left inside them.

Take the case of ‘Nirbhaya’ for example. She was raped by 5 men, one of whom was a juvenile. She was raped inhumanly and God forbid if another instance like that ever happens to any girl. Four culprits were executed while the juvenile was sent to a reformatory.

Just because he was not 18 years of age, he got away with a crime so inhuman that it sends chills down my spine when I speak about it. But was his mind not sound enough to know the extent of brutal crime he was committing. He knew what he was doing yet he did not stop.

He was let off free just because he was a juvenile about to mature. Won’t the youth get wrong message about this act of the Government? Misplaced notions will cloud their mind that they are juveniles and can get away with committing a crime. Their needs to be some fear which keep people from committing crimes.

What is better- eradicating crime or the criminal? Now, most of you would say eradicating crime is better. Even I think the same. But crime cannot be stopped unless fear is instilled in people’s minds or ethics are restored. In a country like India, where there exists 1.3 billion of population, it is almost impossible to change all of their mindsets. Majority of the population in India is still uneducated.

Without education, no morals can see the dawn in India. Even educated people are caught involved in such heinous crimes that it puts our motherland to shame. What to think of uneducated when you cannot expect something out of educated people. So the last option we are left with is making people fear the law.

Those who favour capital punishment believe that the crime rate will increase if we remove capital punishment. Not only developing but also developed countries are practicing capital punishment. USA is one country which has higher rates of its application, especially in the state of Texas. Texas is also known as the ‘city of crime’ due to the active presence of mafia, drug dealers and killers there. So the government has to implement strict laws to keep the law and order in check.

In some countries like Dubai, capital punishment is normal. They explain their policy with the statement ‘an eye for an eye’ and follow the rule of ‘a life for a life’. Violence will be more prevalent in the society as the criminal has no fear of death in his mind. He will commit crimes continuously as become unstoppable.

Some criminals commit crime out of necessities and hardships while some do it out of fun or vengeance. But the punishment of both these crimes should not be the same. The circumstances of the criminal should be kept in mind before announcing the verdict for the criminal.

A person who stole bread to satiate his hunger is different from a person who steals money from a shop to satiate his whims and fancies. Thus, the punishment should be different for both of them. Nobody deserves to die but the one who takes another life should be rewarded with a punishment so severe that is serves as a lesson for the generations to come to not repeat the act. Taking another life is not okay.

Lethal injection- when a lethal injection is injected into the guilty person; firing squad- when a person is tied up blind folded and made to stand against wall and fired directly, the gas chamber- where is convicted is put in a deadly gas room where the poisonous gas kills him by suffocation.

All these methods of execution which claim to be humane according to lessening the pain and time of execution are implemented.  Several countries like France, Canada, and New Zealand have banned it but still many countries like America and India are still executing this practice to raise fear among criminals mind to stop committing crime.

Capital punishment was first banned in Israel, very surprisingly. There are many countries in the world which have still not banned capital punishment and many use it only in extreme cases. Sentences to death are still a matter of major debate.