Delhi is a very big city. It is also the Capital of India and is a place of great tourist attraction. It is also a green city, full of parks and lawns. The popular ones are the Buddha Jayanti Garden, Lodi Gardens, the Children’s Park, the Millennium Park, the lawns at the India Gate and, of course, the Mughal Gardens.

The Capital of India is also historical city. It has a number of monuments, forts and relics. To top them all is the Qutab Minar, followed by the Red Fort, the Jama Masjid, the Old Fort, the India Gate and the Humayun’s Tomb. 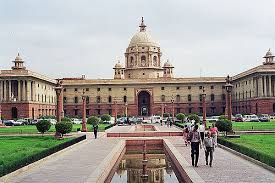 There are places of religious interest too. They include the Birla Temple the Escon Temple, The Kalka Temple, the Abode of Peace having the statue of Lord Mahavir and the Sacred Heart Cathedral.

For those who are anxious to have higher education, there are the Delhi University, Jamia Milia and the J.N.U. in addition to a number of Engineering and Medical Colleges. Since Delhi is also the seat of the Central Government, it has the Presidential Place, the Parliament, the Supreme Court and the U.P.S.C. Office. 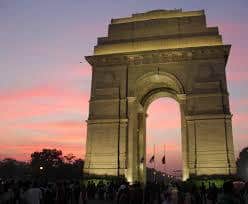 For children there are the zoos, the dolls museum and the Appu Ghar. The latest attraction is the addition of Metro. It is one of the most developed city transports of the world. It can be correctly claimed that the great capital of India has some thing or the other to offer a visitor.