The Comptroller and Auditor General of India, commonly referred to as the CAG if the principal financial officer of our nation and the safe keeper of public money. Articles 148 to Article 151 deals with rules and regulations about the CAG. The Office of the CAG is one of those which are independent from the control of the legislative.

It is an autonomous body just like the Election Commission, the Judiciary or the Union Public Service Commission (UPSC). Thus, it is one of the most important offices in the country and its chief executive officer is the Comptroller and Auditor General who is the head of Indian Audit and Accounts Department and also regulates the ingress and egress of funds to various arms of the government both at the State level as well as the Central level.

Even Dr. B.R. Ambedkar once said that the CAG shall be one of the most important officers under the Constitution of India.

The process of premature termination of any CAG is same as that of the removal of a judge, i.e., impeachment. In order to ensure transparency and independence in the workings of the CAG, the office has been endowed with several benefits such as:

Duties and Powers of the Comptroller and Auditor General of India


The Article 149 of the Constitution states the duties and powers of the office of the CAG are to be prescribed by the Parliament as per the CAG Act, 1971. 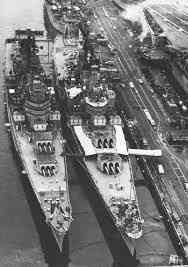 Recently, the office of the CAG under the chairmanship of Vinod Rai has come to the foreground after massive leaks of public money and substantial black money gains were noticed in the 2G Spectrum Scam where the county lost about USD 4.8 billion, as well as the Coal Mine Allocation scam (colloquially called CoalGate) where country lost revenues to the tune of USD 29 billion, the Fodder Scam where government funds were laundered worth over USD 150 billion from the Department of Animal Husbandry in Bihar and many more.

Following these scams, the then Comptroller and Auditor General had suggested certain reforms to the CAG Act of 1971:

However, because of being so vocal about the problems prevailing in the Government and the handicapped powers of the CAG, former office holder, Vinod Rai was severely criticized by the political milieu.


The Office of the Comptroller and Auditor General of India is one of immense jurisdiction and with it comes an immense responsibility to uphold the principles of the constitution and serve the nation for the development of its people and to lead the citizens into a corruption free and well developed future where no one would be deceived of the truth or denied of their rights.