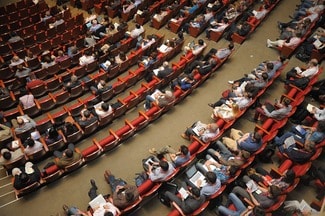 In the Cabinet form of government, usually, the state’s top level ministers, administrators or legislators make up. They are collectively called the Cabinet.

The system of government followed in India provides for a cabinet of ministers headed by a Chief Minster at the State level and the Prime Minister at the Union Government. But usually when we refer to the ‘cabinet’, mostly, we mean Union Cabinet.

Difference between the Council of Ministers and the Cabinet

The Council of Ministers consists of all for ranks of ministers the cabinet ministers the ministers of the state and the deputy ministers including parliamentary secretaries.

The Council of Ministers is a big wheel and ministers of the state can attend the meeting if invited while deputy ministers do not attend cabinet meetings except in very extraordinary situations. The cabinet is a wheel within a wheel and it also has an inner cabinet. The cabinet ministers attend meetings in their own right.

The Prime Minister may not consult the Council of Ministers as a whole for taking urgent decisions. The members of the cabinet have consulted by the prime minister on every important issue.

In reality it is not the Council of Ministers that it was the president do the constitution assigns this responsibility to it. In day to day Governance of the country it is the cabinet that advice’s the president.

Appointment of Ministers of the Cabinet

Soon after the selection of the Prime Minister he submit a list of his ministers to the President who administers them. The Oath of office and secrecy. These ministers are to form the cabinet.

The Prime Minister also there’s in mind that as far as possible all major communities and geographical regions of the country find a representation in each ministry as well as in his cabinet.

All members of the cabinet should be members of either houses of the Parliament that is the Lok Sabha all the Rajya Sabha. Nonmembers can also be chosen as ministers but then they must get themselves elected or nominated to other houses within a period of 6 months after their appointment failing to do which may bar their membership.

The size of the cabinet of ministers was not fixed in the original constitution rather it was left to the discretion of the Prime Minister.

Prime Minister and his relationship with the Cabinet

Formation of the cabinet – The Prime Minister is the recognised leader of the cabinet. He forms the Council of Ministers and determines its size. The number of ministers cannot exceed 15% of the strength of the Lok Sabha.

It is the Prime Minister Who is the only link between the cabinet and the president.

Each minister of the cabinet is assigned separate portfolios for the purpose of Administrative efficiency the entire country is divided into departments which are then allocated to the ministers to handle.

Powers and functions of the Cabinet

Formulation of policies – The cabinet formulates the government policies both National and international affairs. It takes decisions on major issues before the nation relating to Defenses security development planning and Finance.

Control over national finances – The cabinet exercise is complete control on national income and expenditure. It introduces the money bills and the budget in Lok Sabha. The budget proposals are however not shown to the cabinet before their introduction in the Lok Sabha.

They are disclosed to the cabinet on the day the finance minister is to make his budget speech in the parliament.

Does the cabinet is responsible for the expenditure of the government for presenting the demands for grants and also for reaching necessary income by various means including taxes.

Of late the cabinets position has increased immensely. There are certain reasons for it. Firstly, because the government has to do a lot of work for welfare social and economic advancement.

Secondly it has to maintain internal and external security and meet threats to unity and integrity of India. Thirdly it has to cope with the world community in all aspects. Therefore we can say that the power and position of the cabinet of ministers has increased manifold