The Brahmaputra river is the only male river in India. It is a river of unique character and has various cultural and traditional bones with the people of the different areas that it flows who attribute different values to it. It is known as Jamuna river in Bangladesh and Tsang Po in Tibet.

The Brahmaputra valley lies between the hilly areas line within the eastern and North-Eastern Himalayan range. The western part of the valley known as the Western Brahmaputra valley covers the areas around Dhubri goalpara and Kamrup.

The central part of the valley Bounce the areas of darrang Nagaon and sonitpur district. The Eastern part of the valley covers the areas lying in the districts of Lakhimpur Dibrugarh and Shiv Sagar. The Teesta river in North Bengal also joins into the Brahmaputra river.


The Brahmaputra Valley region mostly gets rain forest type climate which embodies within itself one of the most fertile soils in the whole world. The climatic conditions prevailing in the Brahmaputra valley primarily range from harsh and cold conditions which is normal for the Tibet area.

The climate, however, mellow down to warm and humid conditions in its a boat in the Assam state as well as in Bangladesh. Winters are severely cold with the Mercury dipping well below zero-degree Celsius. The river valley in the upper areas Fall in The Rain Shadow region of the Himalayas and the precipitation is comparatively lighter.

Rivers are the biggest source of life to human kind history has proof to us that the major human settlements have their Origins right beside the rivers like the Indus Valley Civilization and also the great Egyptian civilization beside the river Nile. Rivers help us in many ways.

Not only do they provide water for drinking and various household purposes but they also provide us with irrigation facilities which in turn provides us with the food we eat. Livestock raising is also Impossible without the supply of an abundant source of water. It also provides the people around with employment opportunities through agriculture and porciculture.


The vegetarian in the Tibetan part of the Brahmaputra valley is mainly xerophytic drought resistant shrubs and grasses. Here precipitation is minimum and the conditions are dry.

How is your chest as we designed below towards the Indian part of the river valley because of increased precipitation we get to notice a variety of vegetation ranging from forests to Timber trees to bamboo thickets.

The timber found here is all not only use for the furniture industry but a lakh of insects is found here which is also systematically propagated to produce shellac.


The bulk of fauna found here is mostly concentrated within the slums of Assam which is famous for the one horned rhinoceros that has become extinct in the other parts of the world.

The Kaziranga National Park which is also a UNESCO World Heritage site is that dwelling place for most of the Exotic animals found here including Bengal tigers leopards wild buffalo dear and innumerable species of fishes including the pabda, chital, mrigal. 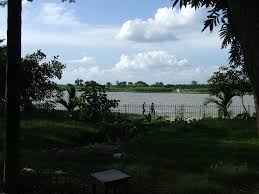 The people living in and around the Brahmaputra valley mainly of mixed Tibetan race and Indian descent. They speak a variety of languages including Tibetan, Burmese, Assamese, Bengali, Hindi and English in different parts of the valley.

Details of the vastness of the Brahmaputra valley it provides a diverse plethora of economic activities that can be harbored for the maintenance of livelihood of the people of this versatile river valley. Since in late 19th century numerous immigrants from the Bengal have entered Assam where they have settled primarily for cultivation of the fast-vacant lands available in the low flood plains.

After 1954 the government took many steps for the purpose of flood control and built embankments for the same. In Bangladesh, the embankment running west of the Jamuna river, which is the name of Brahmaputra in the country, from north to south has a major impact on flood control.

These projects not only help in curing excessive water from ruining the people and their lives but also had to channelize the water to help the people with their irrigation of lands. The Tiara Barrage project serves both the purpose of irrigation and flood protection.

The Brahmaputra is also used for the generation of hydel power from the flow of running water. The estimated potential is 12000 megawatts. Majority of these projects lie around Assam.
Another major project the Ranaganadi project has been built in Arunachal Pradesh and has more generating capacity than Kopili station.
Issues hydro power installation in Tibet is also operational since 2015.


The river becomes navigable for around 400 miles with the help of boats and large fairies which place at about 13000 feet above the mean sea level. The river in many places in the valley it is made navigate with the help of suspension bridges.


Rivers are the life blood of civilizations. Human race could not have come this far to existence had it not been for rivers. Water is a prerequisite of life. Water is essential source for the cells to thrive and this makes rivers the most paramount requirement for the subsistence of our daily activities.

However, pollution because of industrialization, the rivers are getting indiscriminately polluted with various chemical compounds like mercury and lead which cause diseases like Alzheimer’s and paralysis. Government is also taking steps to clean the rivers but without active participation and awareness of public, this is not possible.

The Swachh Bharat Abhiyan campaign also has massive dedicated plans for the cleansing and restoration of the Ganga. Even in the Hindu religion, rivers are of extreme importance and value.