Black money refers to unaccounted money that is untraceable and has no legitimate source though which it was earned. It does not reflect in any income tax returns or asset declaration statements.

The owners of black money are most often not traceable. Black money in today’s India and also the world is an extremely volatile issue. It is estimated that in the Swiss Bank itself, Indian black money worth 2.1 billion US dollars are deposited.

How is Black Money Formed?

There are innumerable methods in which black money forms and daily several newer methods crop up.

How Black Money affects the Economy 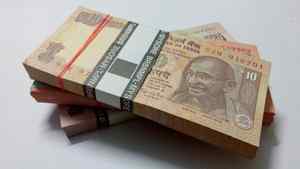 Corruption today, is one of the main reasons for the splurge of black money. Human beings have always preferred what’s convenient, rather than going through the rule. In our country corruption flourishes even more because the wrong doers and corrupt people get very nominal punishment and are often exonerated with a convenient settlement.

Seeing the corrupt people not suffer, more and more of us join the bandwagon of corruption and this keeps on increasing its empire, as they find greener pastures on the corrupt side of the fence which ironically is the blacker side of the economy.

Poverty is one of the major side-effects of Black money. Millions of people in India are unable to meet their minimum requirements while a fringe group of so-called elites are getting their wallets swollen. In 2007 alone, there were 220.1 million people below the poverty line.

Nearly 21.1% of the entire rural population and 15% of the urban population of India exists in this difficult physical and financial predicament. The division of resources, as well as wealth, is very uneven in India, and this discrepancy creates poverty.

Black money has a tremendously cancerous effect on the economy too. It robs the government of the taxes and revenues it deserves and puts the pressure of meeting these due revenues from the common poor man. It also paves way for long term inflation.

The rupee is rapidly falling against the dollar and has declined about 50% in the last decade. The gap between the rich and the poor will further widen and an extremely volatile society will be created where social distributive justice will be read about only in history books.

The government is taking various initiatives to reduce black money in the country and abroad.

Today’s global economy requires the use of educated, honest workforce in the government and not just shrewd business minded individuals whose only concern is fattening their pay cheques. Once again, government should take actions to curb powers of the wealthy elite. This will reestablish the faith of the masses in the economy and will reunite them.

Black money economy is like a soap bubble while gets bigger and bigger but at the same time the risk of bursting also increases. Such economy is the best recipe for a mutiny or at least a civil war of class struggles which will leave the future of this nation groveling in the humble dust.