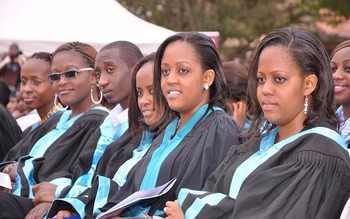 A very good morning to everyone present here. I am here to present before you a speech on the topic “Beti Bachao Beti Padhao” or BBBP. This topic has extreme relevance in today’s world where the ratio between the population of the number of males and the number of females are vastly irregular and inconsistent.

There exist in immense disparity between the population how is the number of males and number of females in the country. Beti Bachao Beti Padhao is a flagship programme of the Narendra Modi government which was initiated in the year 2015 on the 22nd day of January with the name of raising the standards by which women are treated in the country. An initial funding of 100 crores was put in order to start it.

Our country has a very notorious history of an unequal treatment that is meted out to its female citizens as compared to its male citizens. We have been living in a potential society and females have always been given a second-grade treatment as compared to their male counterparts.

Various kinds of social evils have existed since time immemorial beginning from age old practices like sati where a woman had to be burnt alive in the funeral pyre of a husband if he died before her. Then there existed backward mentalities which prevented us from educating the girl child.

In many parts of ancient and pre-independent India the women wear denied electoral rights too. In many parts of India there also I guess the existence of purdah when the women of a house when not allowed to reveal their faces to men other than their own family members.

Scores of search similar social evils still exist today the most significant ones of which include female feticide and gender determination of unborn fetus.

All the legislative measures have been in effect, the actual benefit of these is still a matter of question. The legal system in India and its executive in is so corrupt and morally supine that proper implementation of laws is far from reality.

Gender determination is done openly in many places by bribing the corrupt officials. However, this is also not the problem. The general lack of awareness and a sense of male supremacy is what is the root cause of all the problems related to gender bias in the country.

Today our country has a very crippling male to female ratio of 1000 males for every 943 females. Although the difference might not see much in numbers but in reality, such a generalization is mere farce. And extrapolation to reality of these numbers will give us nothing but an absolutely false picture.

What we are facing today is far worse than a difference of 57. It has been observed that the female population is mostly concentrated in the educated and the City areas of the country which leaves the rural areas with an even worse and crippled gender ratio.

These problems can actually be solved with a simple solution of raising awareness which only comes through proper education. The problems with females revolve around the uneducated areas of the country.

The Beti Bachao Beti Padhao awareness programme has schemes that provide the education to females which place a very important role in the demolition of existing social evils and paves way for a new year and brighter tomorrow where the only difference between male and female is in the spelling of these words.

This awareness programme was a joint initiative of the ministry of human resource and development, the ministry of women cares development and the Ministry of Health and Family Welfare. The government has implemented various incentive based programs in order to increase the people to continue to allow their girl child to complete school education.

Few States have started policies by which the female girl child who attends and complete school will be awarded a particular sum of money which will help during the marriage of a girl child in the marriage expenses and preparations.

The Beti Bachao Beti Padhao Andolan is an extremely important milestone in the history of India’s struggle for leveling the playing field for both the genders.

The achievements of this program have broken all records of its earlier counterparts and has made noticeable improvements in the gender ratio. The gender ratio has shown a positive curve rising from 933 to 943 in 4 years as compared to 1000 males.