To move on its characteristics property it is not particularly a metal. At first it is an ore and then it is a rock that contains hydrated aluminium oxides. It has the amount of iron contained inside it. The color of the bauxite differs. It changes with the quantity of iron present in it.

It is some- times reddish. It has sometimes the color of white. It is also at times pinkish in the color.

The bauxite is made up of mainly three minerals. The names of the three minerals are as follows. They are gibbsite, boehmite and diaspora. The bauxite is present in our daily life products. Bauxite and aluminum can be seen around us every time. It has its use in the building of planes.

Every -body can- not afford to have expensive utensils. In our nation poverty is the most prevailing problem. Half of the population is below the poverty level. For them it gets difficult to buy the utensils. The aluminum utensils are cheaper.

The production of aluminum from bauxite involves various stages. It is that there is crushing of bauxite at the first place. Then the bauxite is purified and converted into alumina. The chemical process is involved in the conversion of bauxite ore into alumina. 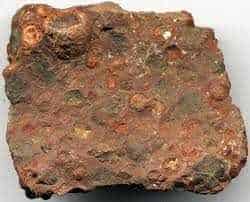 After the purification and conversion is done there is the next step. The alumina is converted into aluminum by the process of electrolysis. There are major areas of the production of bauxite in India. The places are Madhya Pradesh, Gujarat. It is produced in Bihar.

It is also found in the Anantgiri plateau. Moving onto the state of Jharkhand the major areas are the city of Ranchi. It is found in Palamau. It is found in Gumla. It is found in Lohardaga district as well. There is requirement of 6 tons of bauxite to produce 1 ton of aluminum.

The production and availability of bauxite is also large because of the rain-fall. The metals like silica and other lighter metals are washed away during the time of heavy rainfall. The hydrated oxide is what is left behind after the heavy rain-fall. It is the bauxite and hence it is found in plenty.

The concentration of bauxite is more on the surface. It is because of the rain fall again. When the rainfall or weathering of rocks takes place then minerals like silica gets washed away. But the hydrated oxide or bauxite remains on the surface.

The presence of bauxite is in the areas with heavy rainfall and high temperature. The only problem with bauxite is that it can -not be used directly. It is either used as aluminum or by smelting it.  The process of smelting of bauxite is known as Hall-Herault process.

These are the properties because of which it finds its usage I various places. It is a good conductor of electricity. This metal is light as well as strong. It is very tough and durable.  It is very much used in the construction process because it is very cheap. It results in less expenditure. Hence bauxite is an important metal.