When someone illegally takes someone else’s things in possession, then it can be clearly stated as robbery. In India, robbery has become a social issue now. Robbery cases are proliferating day-by-day.

It was a cold December night. Sitting relentlessly on a wooden bench, Me and my father decided to take a troll in park near our house. As we were walking, an erupt noise roared.

Suddenly we saw a man running out of a bank building, who was covering his face, carrying bags full of money. For a moment we both got muddled and started thinking whether or not we should do something .

We then gathered all our courage and stepped towards the thief. Meanwhile, that thief was bringing out more bags from the bank and putting them into his car.

As we reached there, my father tried to grip the thief with his neck. The moment my father gripped his neck, the thief put his pistol on my dad’s head.

Thief said to me – “Go away girl or you will also be killed”.

I was really afraid that time. But I gave a hard kick on thief’s leg. Hurt by the sudden impact, the thief dropped his gun clutching his stomach. Seizing the opportunity, I took the gun and my father again gripped the thief. He was struggling in dad’s arms and trying to escape from there. 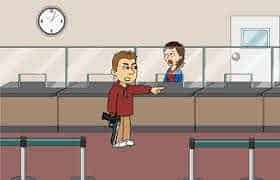 Thief’s friend suddenly came out of the bank and tried to hit me but fortunately the PCR van arrived at the very moment. Someone must have called the police officials. The police officials caught hold of the burglars on the spot and me and my father were in a safe zone then.

The police went on investigating the burglary inside the bank building. Sooner they discovered that the thief and his friend entered the bank through a tunnel, which they started constructing 2 months back. They both were conspiring to rob the bank. Nobody knew about their secret planning to rob the bank.

Bank officials were also unaware of this secret tunnel that was being constructed. Security guards fell asleep during this incident, that’s why the thief was able to steal money from the bank. Police officials took charge of the money and it was submitted to the bank officials. Police arrested the thieves and also took the security guards in custody.

Thief  was Guilty Of his Sin

One of the thief pleaded apology and said it was his helplessness which let him to take this extreme step. He further added that he was unable to fulfill his children demand of taking them to restaurant and also needed money to pay his children school fees.

Police officials made him realize that he has committed a big sin in order to make his children happy. He should have sought government help for solving the issue of school fees. Now he would spend his time behind the bars.

The police officials also awarded me and my father a cash prize of 1000RS for fulfilling the duty of a responsible citizen and asked us to remain cautious. 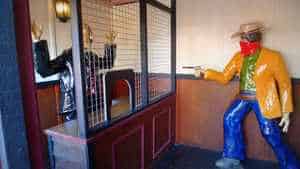 They also warned other people to stay conscious and alert in their houses and also asked to dial 100[police helpline no.] whenever they find any suspecting activity near them. For women safety concern, WOMEN HELPLINE NO-1091 is introduced .Women cops are available 24*7 for any case in which local women feel unsafe or get trapped in an unfair situation or any case of eve-teasing, molestation etc.

They are ready for help anytime. All we need is to stay conscious to avail services whenever in need. Police officials asked people to put CCTV cameras in their houses, to appoint a security guard for each locality, to stay alert in case they hear any erupt noise, or see any suspected person or objects immediately inform the police.

After this incident, all the local people decided to stay a bit alert for everything which is happening around them. This was really an unforgettable incident for us. I continued to remain scared for many days after this terrible incident.

This incident is a clear evidence of the loopholes in our managing system, be it banks, government organizations, government departments.

If the security guards were active, this burglary would have been stopped. If the bank management team was active, they would have known about the tunnel.

Former president DR.A.P.J. ABDUL KALAM rightly said- “A person is not morally wrong by birth. Situations or circumstances make him bad or good”.

These people either choose the path of begging or burglary.

All this is due to lack of proper government schemes .Even if there are schemes, they are not successfully implemented.

Mediators take the benefit of these schemes leaving the poor people deprived of these government schemes. Food and other things never get equally distributed to the poor masses. Only some are benefited. Rest are affected by the corruption in this process.

So from this incident of bank burglary I have started staying extra conscious for each and everything around me.