Bangalore is a very beautiful city. Our silicon valley is famous for its greenery and well maintained gardens and great weather just add on to the beauty of the place.

Peace loving bangaloreans welcome all non-kanadians with open hearts. It is an intellectual capital where people respect their middle class values like simplicity, hard work and honesty.

Its IT industry attracts best of the talent from all our India to Bangalore.

But the roads never fail to disappoint me. After living here for more than ten years and paying all my taxes to the government on time, I feel ditched whenever I step out f my house. I simply criticize its ever mounting traffic.

The real cause behind this traffic is first economic labor migration and second the increasing number of vehicles on the roads.

The high-class facilities which metro cities provide, attracts people to migrate from their native areas to this big city.

The Government of India’s policy to only create mega-facilities in selected cities has caused mass-scale migration of economic labor from all socio economic divisions of the society.

For example, 15 to 20 years ago, only Delhi was the main spot. Not developing any kind of infrastructural facilities in north-eastern states resulted in people swarming to Kolkata for better opportunities.

The capital of every state provides more than 70% of the state’s economic revenue while the output of other cities is unbelievably low.

The only source of income in small cities is either government jobs or small trading units. The fact that our economy is still an agrarian economy is a matter of great worry.

Though 75% of India’s population is still engaged in agriculture yet only 10% GDP is contributed by agriculture.

As a result the presence of IT sectors in other backward areas is almost nil. All this forces people like you and me to migrate to megacities in search of better livelihoods.

Not only the IT professionals are travelling to such cities but also the labor section of the society like carpenters, watchmen, shopkeepers come to Bangalore to explore opportunities and do something bigger in life.

The second cause is the increasing number of vehicles on the road. Around sixty lakh of private vehicles are running on Bangalore city roads. This gives rise to the problem of parking and air pollution also.

No law and order is in place if you are on Bangalore roads. People drove wrong side, jump red light, take turns on no, and exit roads which disrupts the smooth flow of traffic. Bangalore follows the term `More traffic More chaos`.

But how to control the traffic of this city?

With the population bursting out of the seams, the number of automobiles on the roads also increases. It is unethical to bar people from buying vehicles.

Everyone should have equal opportunities. We don`t have any right to stop them. 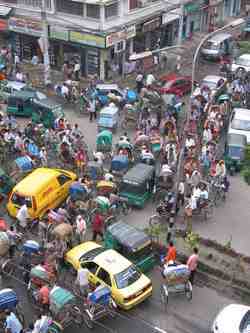 So, no use of playing the blame game. We don`t blame anyone for the undue pressure on city`s public transport system.

When people flock to metro cities a rise in their income is seen due to better opportunities.

They upgrade to personal mode of transportation and thus add more vehicles on the road.

Are the roads of Bangalore safe when you drive two-wheelers after 8 pm when every second driver is drunk?

It is very easy to advice others to give up the four wheelers but it is very difficult to follow.

Daily while commuting to office, when I pass by the Lido Mall stretch at 8 am, I see hundreds of people at the bus stop and same in buses too.

This is not a story of this bus stop but each and every stop of Bangalore city. How will you board the bus when there isn’t any space in it? Let us talk about the metro now.

If you don`t live near metro station you have to drive till the station but parking is another major issue.

Sometimes you have to travel at odd hours, and then travelling through metros and buses is not possible because they are not operational.

Some suggest that car pooling can solve this problem but one small step can`t solve this major issue. Traffic is actually not a problem; it is the pressure on public services.

Somehow if you solve this problem then other problems of stuffing hoses, less electricity, or less raw material might crop up.

Car pool may be a small step but not the solution of the problem. The government of the India now has to take necessary steps to decongest the big cities and mass migration.

The situation is gloomy and glum and if strict measures are not initiated, this city`s situation might turn into a haphazard one.

First of all more IT industries should be set up in small cities. This will provide employment and better facilities.

To implement this step Government should give rebate to companies in taxes. They should be provided with benefits so that company`s set up their premises in small cities also.

Digitizing and better networking is also a solution of this problem. Better 4G network will allow the employees to work from home.

In this way many people living in distant places can be connected to Bangalore. To adopt this method companies can give incentives to people who work from home.

Government should impose stringent laws on vehicles addition on the roads. Now one family has about two – three cars. Government can impose laws which decide who and how a person can get his own vehicle.

Instead of widening roads inside the city, it’s better to widen the national highways. This would improve their connectivity to Bangalore.

This lets one to easily commute from his native place to Bangalore within few minutes. This somehow solves the parking problem also.

Bangalore is a very peaceful city. It never sleeps the corporate world is always awake with some or the other business at hand.

So, it becomes the Government`s duty to make the lives of the people easier and a bit less annoying. The taxes we pay should be used for right causes and the money should be used in proper courses.