Aurangzeb was the third son of the Shah Jahan. His full name was Muhi-ud-Din Muhammad Aurangzeb. He was born on 3rd November 1918.

He was known as the regnal title of Alamgir which also means ‘Conqueror of the world’. He was the last effective mughal king who ruled over India for 49 years.

Aurangzeb was a brave, bold and a courageous soldier. During his reign the Mughal Empire reached to its extreme heights and the beginning of decline of Mughal Empire also started in his reign.

He expanded his kingdom in the south to 4 million square kilometers.

He was rigid, religious and conservative in his thoughts. Though he had built some temples but he was considered as the destroyer of other’s religions and faith.

His destruction of Hindu temples and execution of Sikh guru shows his policy of religious intolerance.

With the end of his reign the downfall of Mughal Empire began. Rebellions and wars had emptied the Mughal treasure. Aurangzeb did not believe too much on others in his court.

As he was not a patron of art and thus under his administration, we do not see much display of art and architecture. He was a strong headed man but when he died no successor had the power and the ability to take his place.

He received his education in Arabic and Persian in Agra fort. He used to get Rs.500 as daily allowance which he spent on his education.

He was very brave. It was visible from his childhood from one very famous incident. He nearly escaped death when a powerful war elephant stampeded through Mughal Camp.

He rode against the elephant and struck its trunk with a lance. Shah Jahan was struck with his valor and applauded him by giving him the title of ‘Bahadur’.

In 1635, Shahjahan sent him to suppress rebellion as his boldness was perfect to meet such kind of combats. In 1636 to 1644, he was appointed as the viceroy of the Deccan.

During the last days of Shahjahan, he was very unhappy due to the war for throne among his four sons. The eldest son was Dara Shikoh, second was Shah Suja, the third was Aurangzeb and the fourth and the youngest was Murad.

Though Aurangzeb was strong and brave yet Shah Jahan wanted Dara shikoh to be the ruler. Because Aurangzeb was intolerant whereas Dara Shikoh was not.

Also Dara Shikoh was the eldest so he deserved the throne. Aurangzeb being the most powerful defeated all his brothers.

He put his father behind the bars and captured the throne in 1659. He then proceeded to declared himself the ruler of Mughal Empire. 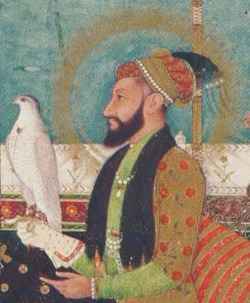 As a Mughal Emperor Aurangzeb ruled over his reign for almost 50 years. His reign can be divided in two phases- the first in the capital, and the second in the Deccan.

During his first phase he conquered Palamau in Bihar, Cooch Beher in Bengal and Assam. He defeated the king of that area Aham- kinf-Jayadheja.

He annexed Chittagong and Sandwip by defeating Arakan King.

Mir Jumla and Shaista Khan his two military officers helped him in annexing these territories. In the second phase, Deccan was troubling him most.

In fact it proved a disaster for his kingdom. Aurangzeb had to spend years here which weakened his kingdom in the North.

Deccan conquest poisoned his empire bit by bit. At that time two main powers were very active in Deccan. One was the Maratha’s of Western India and the other were Sultanates of the Deccan.

Aurangzeb launched war against both of them at the same time.

Aurangzeb won both the kingdoms but it took him a long time to do so. He annexed Bijapur and Golconda, the two sultanates of Deccan but Marathas proved to be a tough kingdom.

Aurangzeb fought a very long battle against Maratha’s who were fighting under the great leadership of Shivaji.

But these constant military campaigns took a heavy toll on him and his empire. These campaigns drained his treasury. As a result peasants were forced to pay heavy taxes.

Aurangzeb was nothing like his tolerant predecessors. He was very rigid and conservative in his faith, thinking and devotion towards Islamic religion. He issued strict Islamic law called Fatwa-e-Alamgiri.

He banned music, art and dance in his court. Being a follower of Islamic laws, he demolished art, sculpture and architectures too.

During his reign several Hindu temples were demolished and several were transformed into mosques. He prohibited religious Hindu meetings.

He applied several taxes on non-Muslims which were earlier removed by Akbar. He forced Hindus to convert to Islam.

When Aurangzeb insisted on changing the religion of Kashmiri Pandits, they approached Sikh Guru, Teg Bahadur for help. Aurangzeb refused the plea of guru and ordered the Guru to change his religion too.

But Guru Tegh Bahadur refused. Aurangzeb executed him for not obeying his orders. This caused a huge revolt from the Sikhs in his kingdom.

Aurangzeb’s army was continuously becoming weak due to his long military campaigns and battles. His battle with Shivaji lasted for 27 years which almost emptied his treasure.

He got respite from this endless war only after the death of Shivaji.

Other kingdoms too were declaring themselves as independent ruler. Rajput’s of Jodhpur and Mewar joined their forces and rebelled against him.

When he sent his son to suppress this rebellion, his own son deceived him. His son declared himself as the king and fled to Deccan. Here he forged friendship with Sambhaji, son of great Shivaji.

Aurangzeb’s political power was also weakening day by day because he spent most of the time in the battle field and away from his capital Agra.

His ministers and governors became more powerful in his absence.

They were declaring themselves as independent ruler. His harsh attitude towards Hindus proved to be more disastrous to him. Everyone disliked him. His list of enemies was becoming more and more lengthy.

Aurangzeb died in Ahmednagar on 20th Feb at the age of 88.